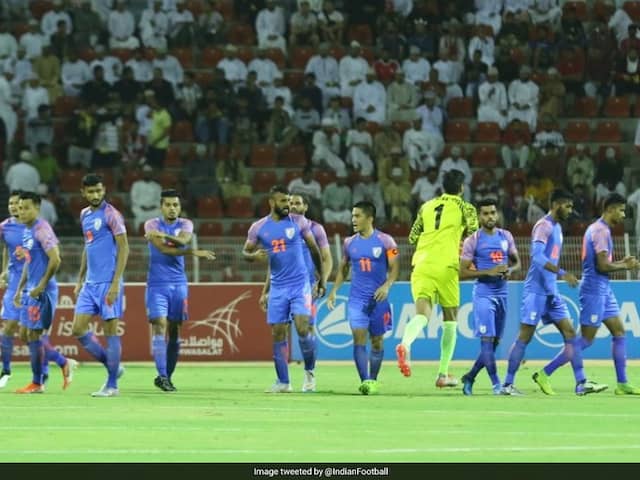 India lost their first away game of their FIFA World Cup Qualifier campaign as Oman's Muhsen Al-Ghassani scored the only goal of the night to give Oman their fourth win. India are now at fourth place below Qatar, Oman and Afghanistan with just three points from five matches. Igor Stimac's dreams of taking India to the 2022 World Cup are all but over with this defeat. India will have to play out of their skins and hope for other results to go in their favour to qualify for the showpiece event. Last week, India played out a disappointing draw with lower-ranked Afghanistan. India drew 1-1 with Afghanistan in their World Cup Qualifying round match last week, the late equaliser from Seiminlen Doungel in added time being the saviour for the team. The result meant the 106-ranked India remained winless in their qualifying campaign so far.

India Sunil Chhetri Football Football Live Score Live Blogs
Get the latest Cricket news, check out the India cricket schedule, Cricket live score . Like us on Facebook or follow us on Twitter for more sports updates. You can also download the NDTV Cricket app for Android or iOS.