Defending champions Spain are favourites once again to win the FIFA World Cup. The Dutch however want revenge for their 0-1 loss to Spain in the 2010 edition of the tournament.

Spain's team is creeping up in age and its core of Barcelona players are coming off a forgettable season.

Yet coach Vicente del Bosque expects his defending champions to hit form quickly against the Netherlands in the FIFA World Cup on Friday. 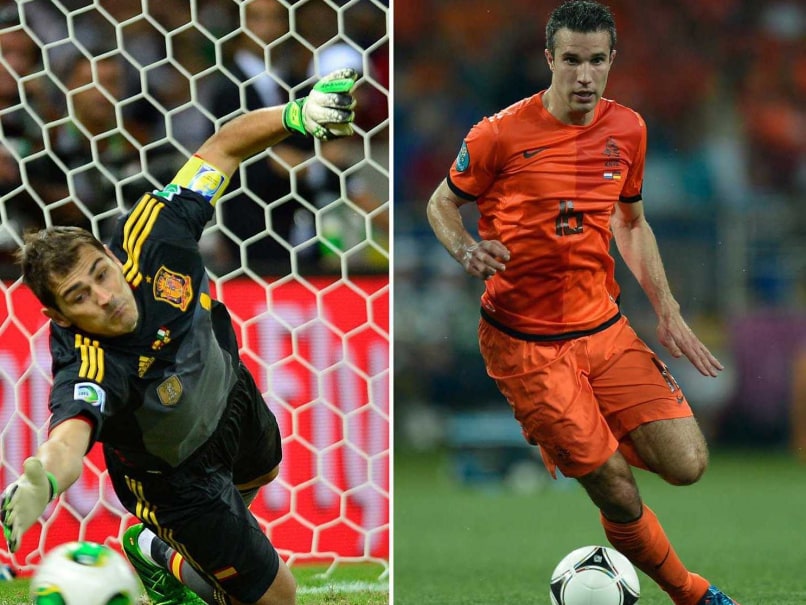 The rematch of the 2010 final, won by Spain 1-0, provides Group B with a riveting opener that could have an impact on each team's chances in Brazil.

"This is a mature team with players in their prime. They aren't here for what they have achieved, but what they will achieve," Spain coach Vicente del Bosque said on Thursday from the Arena Fonte Nova.

Spain is the tournament's most experienced squad, which means key players such as Iker Casillas, Xavi Hernandez, and Xabi Alonso could be playing in their final major championship.

But those veterans are not ready for the winning run they started at Euro 2008 to come to an end in South America.

"Our team has a strong desire to go as far as possible and to defend this title, which won't be easy. The pressure motivates us," said Casillas, who led Real Madrid to the Champions League trophy despite playing as a backup this season.

"Our objective is to always beat the rivals in front of us and make our country proud. Spain will do everything possible to win it."

Spain expects Friday's match to have no resemblance to the 2010 final, won in extra-time with Andres Iniesta's 116th-minute goal.

"The Netherlands has changed a lot in four years. Our team has been stable over the last four years compared to them," Del Bosque said. "They've had some enormous changes."

Brazilian-born striker Diego Costa is expected to start up front for a Spain team that will look all too familiar to those who have watched it defend its European Championship trophy in 2012 after its maiden World Cup win in South Africa.

So apart from the physical presence of Costa in attack, Spain should create most of its chances against a defensive Dutch team from a midfield that is expected to include David Silva, Cesc Fabregas and Sergio Busquets.

"Our style is clear and we will dominate the possession, and hold the ball. Our philosophy over these past years has been clear," Xavi said. "Until the end we will play that way. We will win or (lose) behind that style of play."

Barcelona's worst season in six years apparently is not a concern for Del Bosque, just as it wasn't for former coach Luis Aragones ahead of Euro 2008 - the last time Barcelona ended a season trophyless.

"There will be no relation between the season Barcelona had with the national team," Del Bosque said. "Our players have had a great season with their Spanish clubs" in reference to his players from Real Madrid and Spanish champion Atletico Madrid.

Del Bosque also expected Fabregas' transfer from Barcelona to Chelsea to have no effect on his performances in Brazil.