The trauma of a 2-1 loss in the trophy match 64 years ago before a 200,000 crowd, hangs over Brazil as they target a sixth FIFA World Cup triumph. Former captain Cafu says that only winning this time will finally slay the 1950 demons.

Cafu, captain of the last Brazil team to win the World Cup, has urged his compatriots to put to bed the nightmare of their 1950 loss to Uruguay this year. 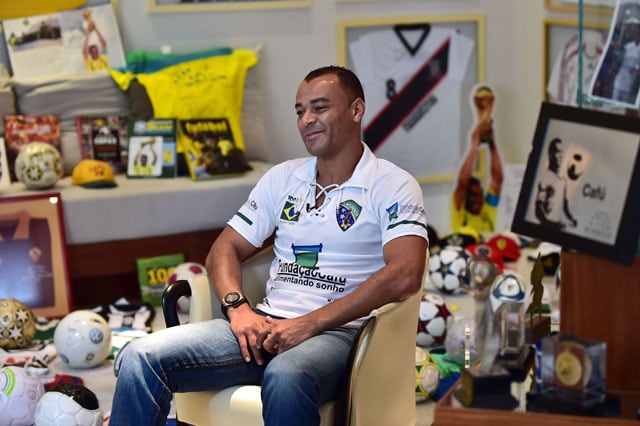 The trauma of a 2-1 loss in the trophy match 64 years ago before a 200,000 crowd, hangs over Brazil as they target a sixth World Cup triumph. Cafu, born Marcos Evangelista de Moraes, told AFP in an interview that only winning this time will finally slay the 1950 demons. Brazil open the tournament on home territory against Croatia on June 12.

"If we do not win this World Cup then the spectre of 1950 will become that of 2014 and will haunt us until there is another World Cup here," he insisted.

Cafu was a member of the Brazil teams that won the World Cup in 1994 and 2002 and is the only player to appear in three finals, having lost in 1998 to France. He played a record 142 times for his country. Brazil are used to being the team to beat, said Cafu, who also played in the 2006 World Cup finals where they were eliminated by France in the quarter-finals.

"I do not think that the business of playing at home and the great expectations are a negative for the Selecao. "Winning is always a great responsibility for Brazil - but that is the case at home and away," said Cafu, now 43, who is acting as an ambassador for the World Cup.

"When they play away there is already great pressure on them, so imagine here! It's normal for there to be pressure on a team which has won the title five times. "But as they didn't manage to win in 1950 finally the pressure is rising."

Cafu says Brazil will have to watch many rivals.

"All the teams can pose problems, all our rivals. You have to respect those who have already been world champions - England, Argentina, Uruguay, Spain and Italy, who can certainly cause problems."