FIFA World Cup 2022: Japan defeated China in their qualifier and edged closer to qualification for a spot in Qatar. 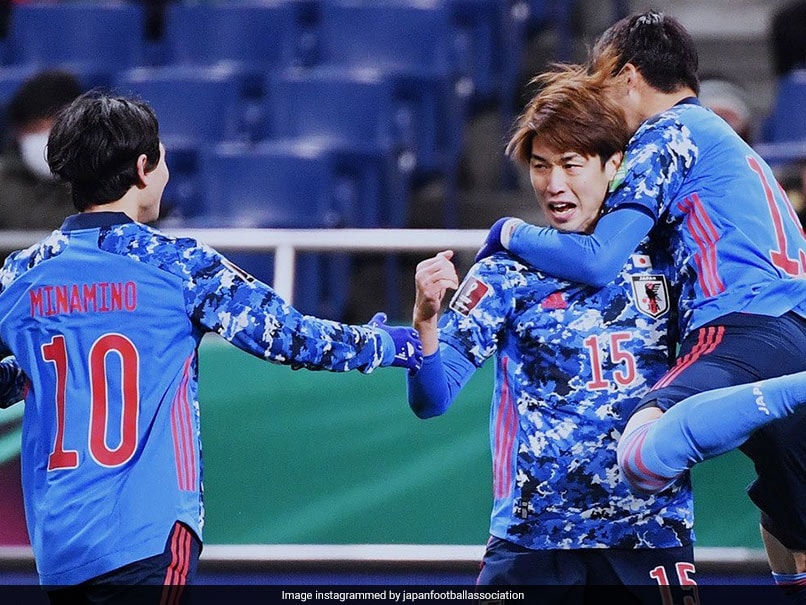 Japan took a step closer to the World Cup with a 2-0 qualifying win over toothless China while South Korea were on the brink of sealing their spot in Qatar on Thursday. Yuya Osako buried a first-half penalty to put four-time Asian champions Japan in control in Saitama, north of Tokyo, before Junya Ito doubled their lead after the break. Japan's fourth win in a row kept them second in Group B behind leaders Saudi Arabia, who they host at the same stadium next Tuesday.

With Australia just a point behind Japan, three teams are battling it out for the two automatic spots from Group B as the qualifying campaign approaches its conclusion.

Group A is more clear cut, South Korea's 1-0 win at Lebanon meaning they are all but there. If the United Arab Emirates drop points later Thursday, the Koreans -- who were missing injured Spurs star Son Heung-min -- will qualify. Iran are also on the cusp.

Japan manager Hajime Moriyasu knows that next week's clash with the Saudis could be pivotal to their chances.

"Looking ahead to the Saudi game, tonight's match has helped strengthen our understanding as a team and that's a big plus for us," he said.

"But the Saudi game will have a different intensity and tension from tonight, and we have to be ready to play at a high level."

Australia stayed in the hunt for an automatic berth with a comfortable 4-0 home win over Vietnam.

Jamie McLaren opened the scoring in the 30th minute in Melbourne before Tom Rogic notched a second in first-half injury time.

Craig Goodwin and Riley McGree added two more after the break to wrap up the win for the home side, whose manager Graham Arnold was absent after testing positive for Covid-19.

Japan were missing half their regular defence against China, with captain Maya Yoshida and Arsenal full-back Takehiro Tomiyasu both missing through injury.

But the home side took a 13th-minute lead after China defender Wang Shenchao slid in to block Ito's cross but hit the ball with his arm.

Osako made no mistake from the spot and the hosts pressed home their advantage in the 61st minute when Ito rose to head home substitute Yuta Nakayama's cross.

"We had a mix of overseas and domestic-based players so they were all at different levels of fitness," said Moriyasu.

"Despite that they combined well and communicated well, and did a good job."

China, who were playing their first game under new manager Li Xiaopeng, saw their slim hopes of reaching the World Cup all but ended.

"The players gave their all but the first goal came at a bad time for us and it threw us out of our rhythm," said Li, whose side failed to have a shot on target.

"It had a really big impact."

Japan China PR Football
Get the latest updates on ICC Women's Cricket World Cup 2022 and IPL 2022, check out the Schedule , Live Score and IPL Points Table. Like us on Facebook or follow us on Twitter for more sports updates. You can also download the NDTV Cricket app for Android or iOS.