While FIFA rules protect its 209 member federations from government interference, Nigerian football officials had to suffer after the team's exit from FIFA World Cup. The country now faces a possible ban. 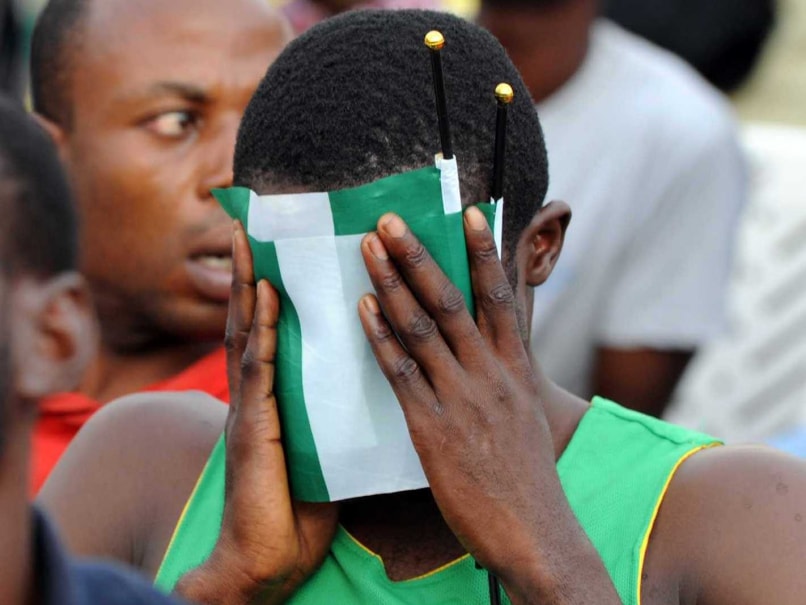 A Nigerian fan during his team's match against France. The team's poor performance has led the national government to take strict action against the football officials in the country. © AFP
Rio de Janeiro:

Nigeria could be suspended by FIFA after the country's football federation leaders were removed from office and its president was arrested on returning from the World Cup.

FIFA warned Nigeria's government on Friday it must reinstate the federation's executive committee by Tuesday or risk a ban.

"FIFA has also taken note of the detention of NFF President Aminu Maigari carried out by representatives of the Department of the State Security Service," the governing body said in a statement.

The turmoil follows Nigeria's 2-0 loss against France in the second round on Monday.

FIFA rules protect its 209 member federations from government interference, and a suspension bars teams and officials from taking part in international matches and meetings.

A High Court session in the Nigerian capital Abuja on Thursday served a restraining order on the country's football leaders.

FIFA wrote to the NFF "expressing its great concern over different actions taken by Nigerian public authorities," it said.

An election meeting reportedly scheduled in Abuja on Saturday would not be recognized, FIFA said.

FIFA said an official football congress was called for Aug. 26 and "only decisions and persons elected then will be considered legitimate."

Nigeria reached the World Cup knockout rounds for the first time since 1998 after beating Bosnia-Herzegovina 1-0 and drawing 0-0 with Iran. It also impressed when losing 3-2 against Argentina.

Its next competitive matches are 2015 African Cup of Nations qualifiers in September.

Comments
Topics mentioned in this article
Nigeria FIFA Football
Get the latest updates on ICC Women's Cricket World Cup 2022 and IPL 2022, check out the Schedule , Live Score and IPL Points Table. Like us on Facebook or follow us on Twitter for more sports updates. You can also download the NDTV Cricket app for Android or iOS.