FIFA is investigating an incident where Hong Kong fans jeered the Chinese national anthem before a World Cup qualifier.

FIFA said it was investigating an incident where Hong Kong fans jeered the Chinese national anthem before a World Cup qualifier.

Fans in the southern Chinese city booed the "March of the Volunteers" -- the anthem which they share with China before their home match with Qatar which they lost 3-2 on Tuesday.

FIFA, world football's governing body, had previously issued a warning to the Hong Kong Football Association (HKFA) over future conduct of fans after the anthem had been booed at two other home games earlier this year.

"We are in the process of gathering all relevant information in order to be in a position to evaluate further steps, if any," a FIFA spokesperson told AFP.

The Hong Kong Football Association had sought to play down the jeering and had said it would be "disappointed" if FIFA punished them over the incident.

"In view of the steps the HKFA had taken to encourage people to respect the anthem and what happened on the night, I would be disappointed if FIFA placed any further sanctions," Sutcliffe said. 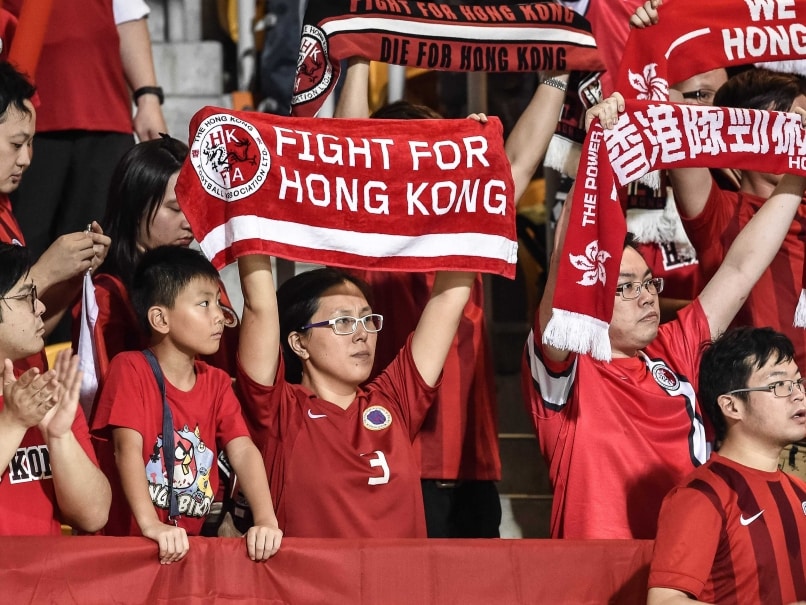 Possible FIFA sanctions could include having to play the next home qualifier, which would be against China in November, behind closed doors. (Malaysia Football Association Faces Punishment After Fan Riot Abandons Game)

"We will just have to wait and see," said Sutcliffe, who had on Monday appealed to fans to not "use the match as a means of making a political statement."

A promotional poster used by The China Football Association in June described Hong Kong's team to be "black skinned, white skinned and yellow skinned", sparking anger among football fans in the city.

Fans, who shouted "we are Hong Kong" during the Tuesday match, went wild as their team scored two late goals after trailing 3-0, but were unable to find the equaliser.

Hong Kong's next qualifier is away to Bhutan in October before the rematch with China in November. The two sides played out a 0-0 draw in Shenzhen just across the border from Hong Kong, last week.

The second round of Asian qualifying for Russia 2018, which finishes in March, features 39 teams and also doubles up as qualifying for the 2019 Asian Cup in the United Arab Emirates.