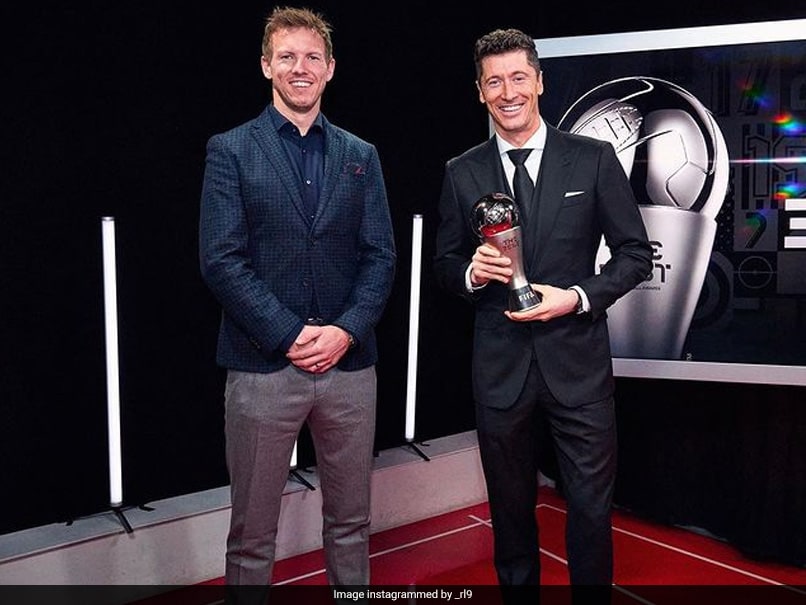 Bayern Munich's record-setting striker Robert Lewandowski retained FIFA's Best Men's Player of the Year title Monday at The Best of 2021 ceremony as Barcelona captain Alexia Putellas collected the award for best women's player. The 33-year-old Lewandowski, who set a Bundesliga goal record last season, won the trophy for the second time, edging Argentine Lionel Messi of Paris Saint-Germain and Egyptian Mohamed Salah of Liverpool. It was some consolation for the Polish striker who lost out to Messi for the Ballon d'Or in November.

For Putellas, it marked an awards double as the Spaniard triumphed over Barcelona team-mate Jennifer Hermoso and Chelsea's Australian striker Sam Kerr, just as she did for the Ballon d'Or.

The 27-year-old midfielder enjoyed an exceptional 2020-2021 season with Barcelona when she led the Catalans to the Spanish league and cup double as well as the Champions League.

Chelsea picked up both coaching awards through Thomas Tuchel and Emma Hayes.

Erik Lamela, now of Sevilla, won the best goal award for his trick rabona shot for Spurs in the North London derby.

The medical staff and players of Denmark, who had to deal with Christian Eriksen's collapse on the field at the Euro won the "fair-play" award.