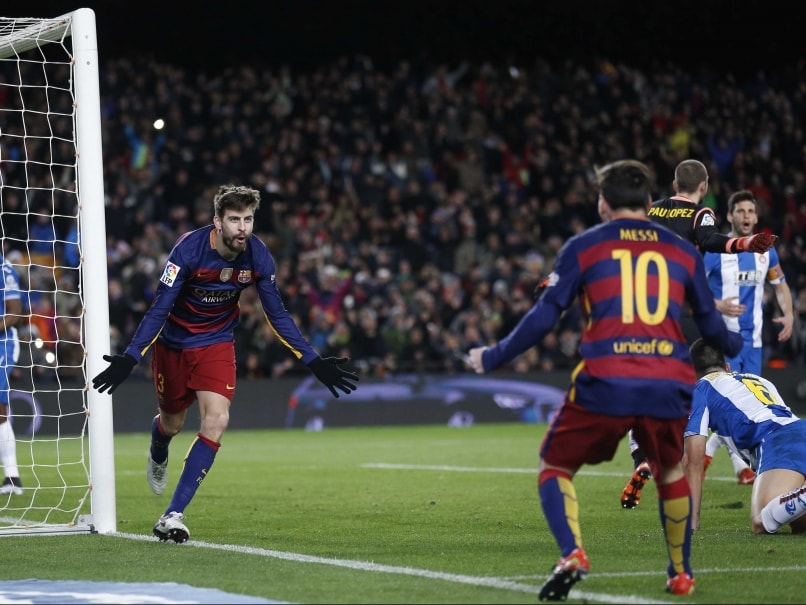 FC Barcelona beat Espanyol 4-1 in the the first leg of their Copa de Rey clash at the Camp Nou.© AP
Barcelona:

The referee's report for the heated cup match at Camp Nou that ended in a 4-1 win for Barcelona on Wednesday said Suarez insulted Espanyol players in the tunnel after the match. (Lionel Messi Scores in 500th Game for Barcelona)

Espanyol had two players sent off in the loss.

Barcelona said in a statement that they would appeal the ruling, denying Suarez insulted his opponents.

The return leg is next week at Espanyol.

Comments
Topics mentioned in this article
Barcelona Espanyol Luis Suarez Lionel Messi Football
Get the latest updates on ICC Women's Cricket World Cup 2022 and IPL 2022, check out the Schedule , Live Score and IPL Points Table. Like us on Facebook or follow us on Twitter for more sports updates. You can also download the NDTV Cricket app for Android or iOS.