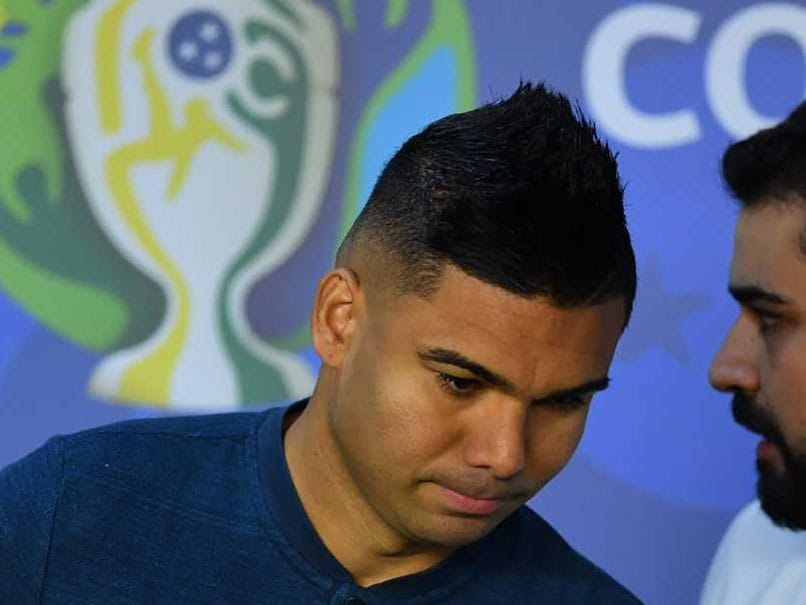 Casemiro said that the squad is not thinking about Neymar's absence.© AFP

Star forward Neymar's injury absence changes nothing for Brazil at the Copa America, midfielder Casemiro said on Thursday, insisting that the hosts must triumph come what may. Neymar will miss the South American showpiece after injuring ankle ligaments last week in the Selecao's penultimate warm-up friendly. His injury came as the Paris Saint-Germain forward faced accusations from a Brazilian model that he sexually assaulted her in a hotel in the French capital. "Regardless of the competition we're in, Brazil are favorites and must win," Casemiro said ahead of Friday's tournament opener against Bolivia in Sao Paulo.

But they haven't lifted the trophy since 2007 when winning for a fourth time in five editions from 1997.

"We cannot hide from that responsibility," said coach Tite. "We know that we have to build step by step for the title."

And while he admitted that it was a blow to be missing "one of the best three in the world," he said that the squad is not thinking about Neymar's absence.

"When it comes to us, we talk more about Neymar here (in press conferences) that there in (training.) We talk about preparation as a whole," Tite told reporters at the Morumbi stadium where Brazil will play minnows Bolivia.

"We know it's going to be a tough match, we know how Bolivia play," said Casemiro of Brazil's first Group A opponents.

Brazil warmed up for the tournament with victories last week over Qatar (2-0), who will make their Copa America debut as invitees on Sunday, and Honduras (7-0).

"The team is very strong. You can see with those seven goals, the whole team was celebrating together," said Tite.

His squad is hoping to erase the painful memories of its crushing disappointment five years ago when hosting the World Cup.

A 7-1 semi-final humbling at the hands of Germany put paid to their hopes of landing a first global crown since 2002.

"We're ready, we showed it in these two (friendly) games, which in my opinion were the best we've played since the World Cup" in Russia last year, added Casemiro.

There Brazil lost 2-1 to Belgium in the quarter-finals.