Fall From Grace: What Has Gone Wrong With The Spanish National Team?

Spain, after winning the 2012 European Championship, have been on a downward spiral. They failed to defend their FIFA World Cup crown in 2014 after being knocked out in the group stage 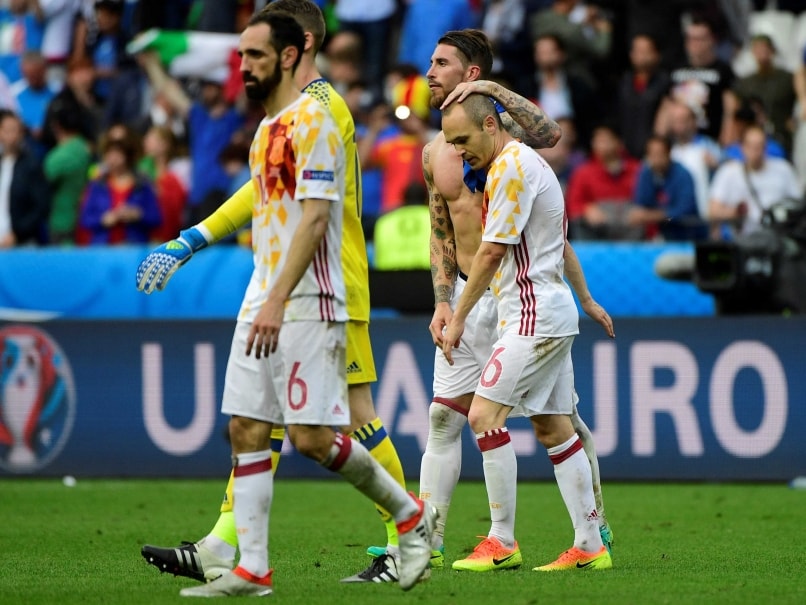 Dejected Spain players leave the field after losing to Italy in Euro 2016 Round of 16 clash.© AFP

It was a tactical masterclass from Italy's Antonio Conte on Monday, June 27, that ended Spain's dream of lifting an unprecedented third consecutive European Championship in France this summer.

Conte's tactics during Italy's pre-quarterfinal clash against Spain were perfected to almost every single detail by his men on the pitch. The Azzurris snuffed out the ferocious Spanish attack throughout the 90 minutes, with the latter struggling to cope with Italy's compact 3-5-2 formation.

It was the work rate of Conte's team that caught the eye. They worked endlessly going forward and tracked back every time. Their occasional forays into the Spanish box put the latter's backline under serious pressure.

The win ensured that the Italians now need to be taken very seriously, and could definitely give Germany a run for their money in the last 8.

In contrast, Spain looked out of sorts for long periods of the game. Vicente del Bosque's side failed to break down a resolute Italian defence, and looked nervy and unsure at the back themselves.

In fact, had it not been for a few saves from their goalkeeper David de Gea, Spain may have ended suffering a heavier loss.

While Italy were well-organised enough to neutralise Spain's superiority in possession, Del Bosque's team looked the more anxious of the two sides.

Two years back, La Roja's group stage exit from the FIFA World Cup was a sign of their dwindling powers. The latest setback comes as a reminder that Spain's golden period is well and truly behind it, and some rebuilding work will be required in the coming period.

Spain's undoing, to a significant extent, has been a style of play that has come undone against compact, well-organised sides.

When Spain won the 2008 European Championship under the tutelage of Luis Aragones, they had arguably the best squad on paper in the continent. Spain were adventurous in attack. They were capable of dominating possession, and had considerable pace going forward.

In the Del Bosque era, possession football has been Spain's backbone for some time. With the Barcelona midfield triumvirate of Xavi, Iniesta and Busquets at the heart of the action during its successful campaigns, Spain had little trouble keeping hold of the ball.

In recent years, La Roja have often found themselves struggling against opponents who defend deep and can counterattack swiftly.

For instance, against Italy, Spain enjoyed 59 percent possession, but could only maintain sustained pressure on the Italians during the dying minutes of the game. Italy's compact formation had choked Spain's superiority on the ball, and with 41 percent possession, Italy managed to create the better chances and score the two goals, which in the end was the difference.

Similarly, against Croatia, Spain had 68 percent possession, but were eventually undone by the Croats' speed on the break. Two years earlier, their losses at the FIFA World Cup in Brazil had the same theme.

Spain had 64 percent possession against Netherlands in the infamous 5-1 defeat, and had seen 63 percent of the ball in the 2-0 loss to Chile, a defeat that knocked them out of the tournament. 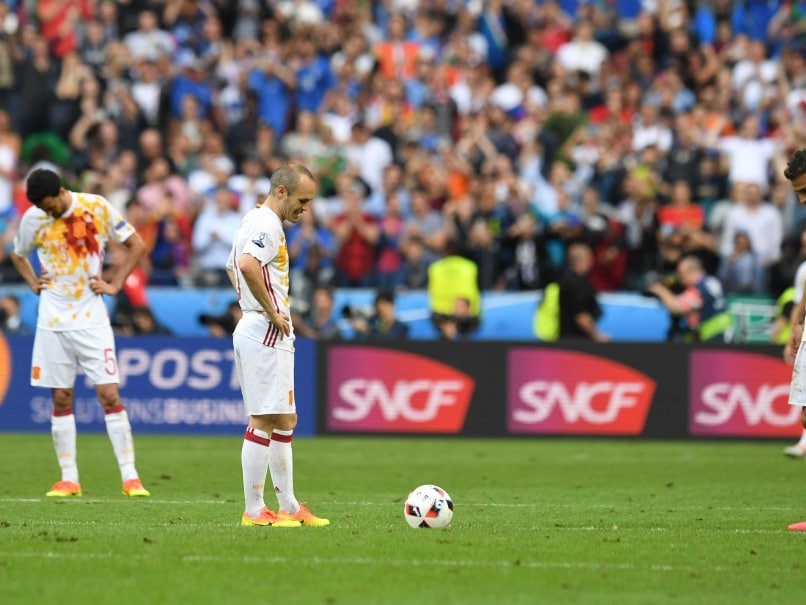 Team in a transitional phase

While there is no denying that the Spanish national team has been on a downward spiral post 2012, one of the major reasons has been the departure of a few seasoned campaigners.

The likes of Xavi, Xabi Alonso, Carles Puyol, David Villa, et al. have retired from the national team, while quite a few others like Iker Casillas, Fernando Torres, etc. are well past their prime.

Their Euro 2016 campaign was made worse by the fact that key players like Cesc Fabregas and Pedro had been struggling for some time. Del Bosque was also forced to omit other regulars like Diego Costa due to their indifferent club form.

While Vicente del Bosque is often criticised for being too dogmatic, he has handed national team debuts to as many as 68 players during his eight years in charge.

Moreover, as many as 11 players in the team's 23-man squad for Euro 2016 had never previously played at a major tournament. Compared to the last two European Championships, Spain looked a bit short on bench-strength and experience this term.

That, in itself, is proof that the Spanish team is going through a transitional phase at the moment.

What next for Spain?

While the 2014 FIFA World Cup ended in humiliation for Spain, a round of 16 exit in the European Championship this year does not come as much of a surprise.

However, as is quite evident, Del Bosque had already begun the rebuilding work for the national team following the country's World Cup wreckage two years back. And it is still a work-in-progress.

It remains to be seen whether the former Real Madrid manager continues to stay in charge of the team, but whoever holds the reins for the 2018 qualifying campaign, will have the task of carrying forward the rebuilding process.

With La Roja in a period of transition, it may take some time for them to come anywhere close what they achieved between 2008 and 2012, but with a young generation of players coming up, things are likely to look up for them once again in the coming years.

Comments
Topics mentioned in this article
Football Spain Italy
Get the latest updates on India vs Australia Series, check out the India vs Australia Schedule for 2020-21 and Ind vs Aus live score . Like us on Facebook or follow us on Twitter for more sports updates. You can also download the NDTV Cricket app for Android or iOS.