Born in Manchester, Danny Welbeck joined United at the age of eight but was allowed to sign for Arsenal last September after new manager Louis van Gaal decided he was surplus to requirements. 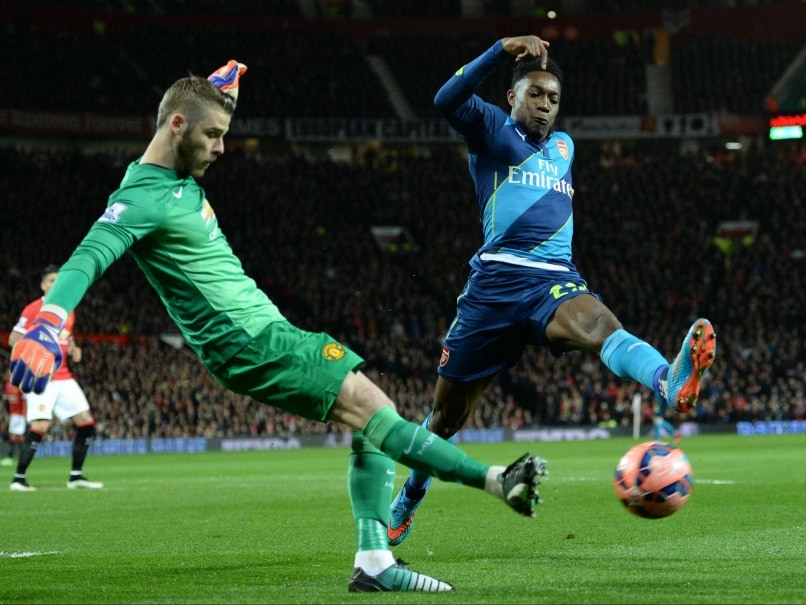 Born in Manchester, Welbeck joined United at the age of eight but was allowed to sign for Arsenal last September after new manager Louis van Gaal decided he was surplus to requirements.

The 24-year-old scored the decisive goal to give holders Arsenal a 2-1 win over United at Old Trafford in the FA Cup semi-finals on Monday, but said it had not been a case of claiming revenge.

"Manchester United is a club that means so much to me," Welbeck said, in quotes published by the BBC on Tuesday. "I'm a fan and it's hard to knock them out." (Wenger Thrilled as Welbeck Proves Point)

Despite celebrating his 61st-minute winner, which came after United captain Wayne Rooney had cancelled out Nacho Monreal's opener, Welbeck was granted a warm reception by the supporters of his former club.

"I'll always respect the fans," he said. "I had a lovely reception from them and I'm thankful for that."

Arsenal, who had not won at United since September 2006, were drawn to face either Championship side Reading or third-tier Bradford City in the semi-finals.

Comments
Topics mentioned in this article
Arsenal Manchester United Danny Welbeck Football
Get the latest updates on IPL 2020, check out the IPL Schedule for 2020 and Indian Premier League (IPL) Cricket live score . Like us on Facebook or follow us on Twitter for more sports updates. You can also download the NDTV Cricket app for Android or iOS.