European Football Clubs Set To Lose 8.7 Billion Euros As A Result Of Coronavirus

The annual European Club Footballing Landscape study says the current projection of lost revenues in the 2019/2020 and 2020/2021 financial years is 7.2 billion euros for top-tier clubs and 1.5 billion for lower-tier outfits. 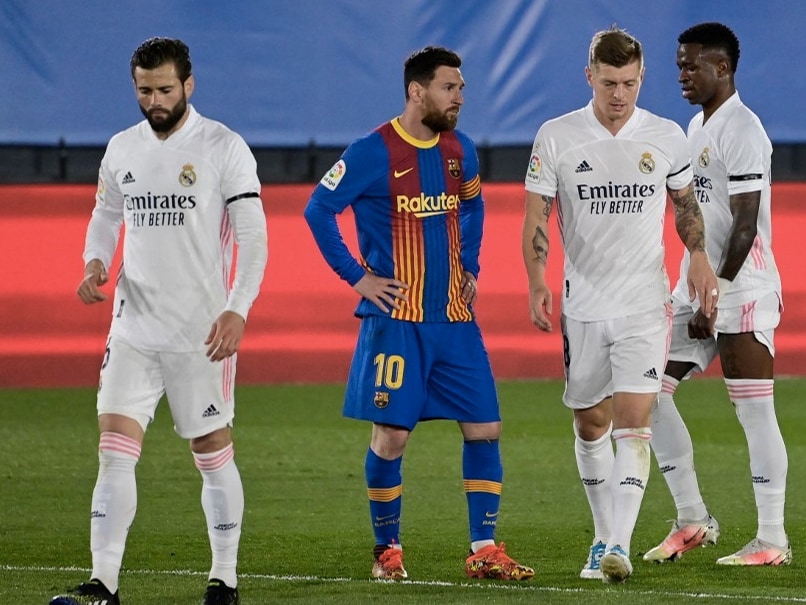 European football clubs are forecast to miss out on 8.7 billion euros (USD 10.6 billion) in revenue as they struggle to cope with the devastating financial fallout from the coronavirus pandemic, a UEFA report said Thursday. The annual European Club Footballing Landscape study says the current projection of lost revenues in the 2019/2020 and 2020/2021 financial years is 7.2 billion euros for top-tier clubs and 1.5 billion for lower-tier outfits. In the foreword, UEFA president Aleksander Ceferin said: "In last year's report, I said that European football was strong, united, resilient and ready for new challenges.

"But no one could have predicted that we would have to face the biggest challenge to football, sport and society in modern times."

National leagues and UEFA's club competitions, the Champions League and Europa League, have largely been played out behind closed doors since the pandemic hit Europe in early 2020.

"Every level and every corner of professional football has been hit hard," says the report from European football's governing body.

"Clubs with heavy reliance on supporter attendance have been particularly impacted by the pandemic."

As a result of slashed budgets, transfer spending by European clubs in last year's summer window plummeted by 39 per cent.

Reduced revenue streams have forced UEFA to temporarily ease Financial Fair Play (FFP) rules, which are aimed at ensuring clubs do not spend more than they earn.

However, Ceferin admitted more permanent changes may be required to FFP.

Manchester City overturned a two-season ban imposed by UEFA for breaching FFP rules at the Court of Arbitration for Sport last year.

In what could have been the first season of that ban, City have reached the Champions League final for the first time, where they will face Chelsea on May 29.

"This report clearly shows that we are now operating in a new financial reality, and it is becoming clear that our current Financial Fair Play regulations will need to be adapted and updated," said Ceferin.

"Financial sustainability will remain our goal, and UEFA and European football will work as a team to equip our sport with new rules for a bright new future."

On a lighter note, the report analyses tens of thousands of matches to document a significant decrease in home wins, from 45 per cent pre-Covid to 42 per cent post-Covid and identifies other trends such as notable decreases in away team yellow and red cards.