Manchester United registered a 5-0 win over LASK Linz in one of four last 16 first leg matches played behind closed doors due to the coronavirus pandemic. 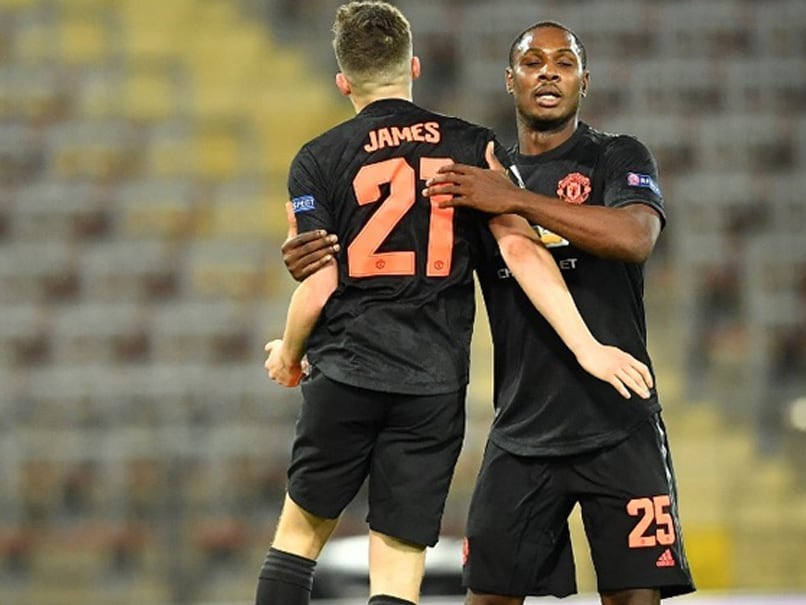 Manchester United put one foot in the Europa League quarter-finals on Thursday with a 5-0 win at LASK Linz in one of four last 16 first leg matches played behind closed doors due to the coronavirus pandemic. Odion Ighalo slammed home the opener via the underside of the bar from 20 yards just before the half-hour, and Daniel James added a second with a sharp run and finish just before the hour mark. Juan Mata bagged a third eight minutes from the end and Mason Greenwood and Andreas Pereira struck in injury time, as United extended their unbeaten run to 11 matches, with nine clean sheets in that time.

"I think the quality in our play was good. We were well prepared for them and they did fantastic," United boss Ole Gunnar Solskjaer told BT Sport.

"There was some high-class finishing in the goals ... It should have been more goals before half-time, but we got the goals we needed."

The game was played without fans in line with the guidance of the Austrian government -- one of four matches held behind closed doors on Thursday.

UEFA on Wednesday confirmed that the first legs between Inter Milan and Getafe in Italy, and between Sevilla and Roma in Spain, would not go ahead as planned.

The announcement came after Spanish authorities suspended flights until March 25 to the country from Italy, which has been the worst hit European nation by the spread of the virus.

With the second legs due to be played next week, it is unclear how the ties will be resolved.

Ibrox was one of the two grounds where fans were allowed to attend, but the presence of Rangers' home support couldn't stop them losing 3-1 to Bayer Leverkusen.

Bundesliga outfit Bayer are now favourites to progress should the second leg matches take place thanks to Kai Havertz's penalty eight minutes before the break and two lovely second half strikes from Charles Aranguiz and Leon Bailey.

George Edmundson had briefly given Rangers hope in the 75th minute when he pulled the scores back to 2-1 with a well-placed header, but Steven Gerrard's side could not capitalise.

Istanbul Basaksehir won 1-0 at home to FC Copenhagen in Turkey courtesy of a late Edin Visca penalty, in the other game allowed to take place before a crowd.

Basel secured a surprise 3-0 victory over Eintracht Frankfurt with Samuele Campo, Kevin Bua and Fabian Frei all on target for the visitors. Germany's financial capital will also host next week's return leg, due to coronavirus-related restrictions imposed by Swiss authorities.

Wolverhampton Wanderers gave themselves a good chance of continuing their first European run in nearly four decades with a 1-1 draw at Olympiakos' empty Georgios Karaiskakis Stadium.

Wolves had asked that the match be postponed after it had been announced on Tuesday that Olympiakos owner Vangelis Marinakis -- also the owner of English club Nottingham Forest -- had tested positive for coronavirus.

However, the Premier League club said that UEFA had rejected that request. On Tuesday Marinakis said he was taking "all necessary measures" and "feeling well".

Shaktar Donetsk saw off Wolfsburg 2-1 in an entertaining encounter in Germany, with goals from Junior Moraes and Marcos Antônio enough for the Ukrainians, who also missed a penalty through Victor Kovalenko.

Juan Mata Football
Get the latest updates on ICC T20 Worldcup 2022 and CWG 2022 check out the Schedule, Live Score and Medals Tally. Like us on Facebook or follow us on Twitter for more sports updates. You can also download the NDTV Cricket app for Android or iOS.