Europa League: Manchester United Into Final Despite Defeat In Rome

Europa League: Manchester United made the final despite losing 3-2 to Roma at the Stadio Olimpico as the Premier League side won 8-5 on aggregate. 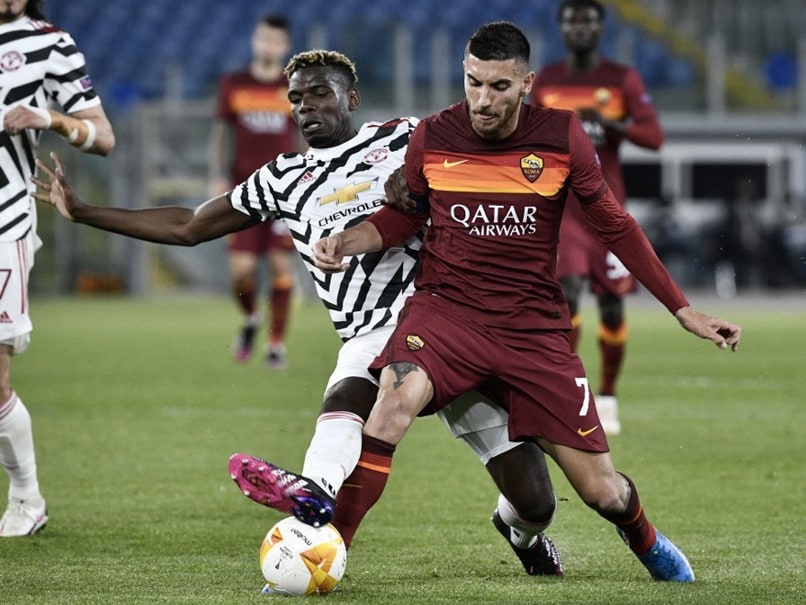 Europa League: Manchester United made the final despite losing 3-2 to Roma.© AFP

Manchester United advanced to the Europa League final 8-5 on aggregate on Thursday despite losing 3-2 to Roma at the Stadio Olimpico. The Premier League side will play Villarreal in the final on May 26 in Gdansk. Ole Gunnar Solskjaer's side had taken a 6-2 first-leg lead to Rome, and Edinson Cavani's goals in the 39th and 68th minutes ensured their place in the final. Roma had gone ahead on the night midway through the second half with goals from Edin Dzeko and Bryan Cristante in a three-minute spell, and Alex Telles' own goal gave the hosts a second-leg win with seven minutes to go.

Roma battled from the outset with Gianluca Mancini forcing an early save from United 'keeper David De Gea, and Henrikh Mkhitaryan nodding the resulting corner into the side netting.

Cavani repeatedly proved dangerous, pouncing on a Roger Ibanez blunder to rattle the bar and then forcing a save from Roma keeper Antonio Mirante.

The Uruguayan finally broke through six minutes before the break, collecting a Bruno Fernandes through ball before firing past a beaten Mirante.

De Gea did well again to save from Mkhitaryan and Dzeko either side of the break.

The 33-year-old Dzeko got the equaliser in the 57th minute when he got his head to Pedro's cross to beat De Gea.

Cristante got the second three minutes later, connecting with a Lorenzo Pellegrini to revive Roman hopes.

De Gea then pulled off a miraculous double save on from a Dzeko header and Pedro's follow-up, and Cavani struck again after 68 minutes when he headed Bruno Fernandes' centre past Mirante.

Roma did not give up and Telles' own goal offered some consolation to a team set to be coached next season by former Man United manager Jose Mourinho.

Roma Football
Get the latest updates on IPL Auction 2023 and check out  IPL 2023 and Live Cricket Score. Like us on Facebook or follow us on Twitter for more sports updates. You can also download the NDTV Cricket app for Android or iOS.