Jesse Lingard opened the scoring for Manchester United, before Dmitri Shomko equalised for Astana. Di'Shon Bernard then put through his own goal to hand the home side a victory. 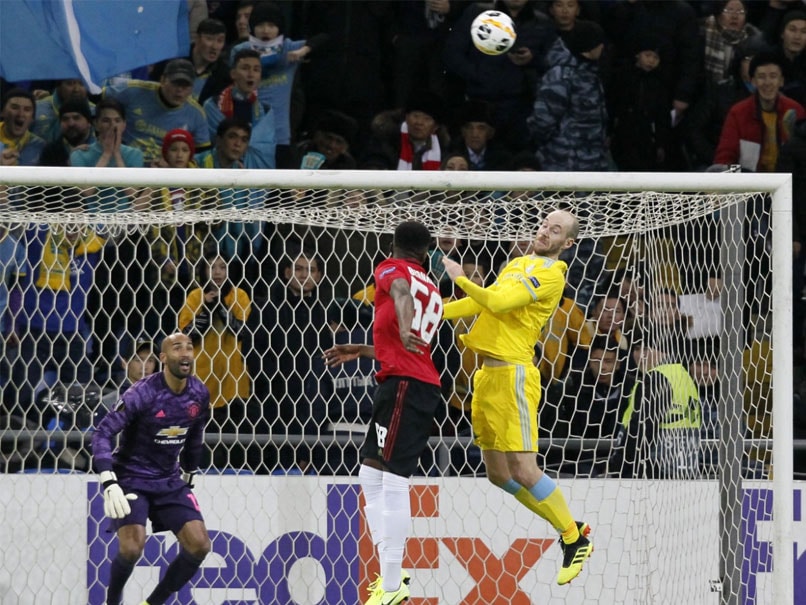 Kazakh champions Astana fought back to surprise a youthful Manchester United 2-1 in the Europa League on Thursday. Captain Jesse Lingard opened the scoring for the visitors, who had already reached the last 32, before Dmitri Shomko equalised for the home side. Di'Shon Bernard, 19, then put through his own goal to hand Astana victory over a United side whose average age was just 22. United boss Ole Gunnar Solskjaer said some of the youngsters on show put their hands up to feature against Alkmaar in the final round of group matches on December 12.

"At times we were excellent but there were spells when we let them push us back. That cost us in the end," he said.

"These boys have learnt a lot and have given me food for thought. I'm very pleased with many of them."

Shomko, meanwhile, told UEFA.com that the result will live in his memory.

"I will be telling my grandchildren, 'you know guys a while ago I scored against Manchester United'. It does not matter who scored, really. The most important thing is that we won," he said.

Solskjaer made 11 changes from Sunday's draw with Sheffield United by handing senior debuts to teenagers Ethan Laird, Dylan Levitt and Bernard as well as naming cancer survivor Max Taylor on the bench.

United opened the scoring after 10 minutes as Lingard's low show from outside the box beat Nenad Eric to his right.

Shomko responded after 55 minutes as his effort from inside the box glanced past Lee Grant in the United goal.

Astana were already out of contention for the knockout stages ahead of the round five fixture in Group L.

Later Thursday, AZ Alkmaar host Partizan Belgrade and a win for the Dutch side would move them a point ahead of the English giants.