Last season's runners-up Arsenal were placed in the same section as Eintracht Frankfurt in the draw for the Europa League group stage in Monaco. 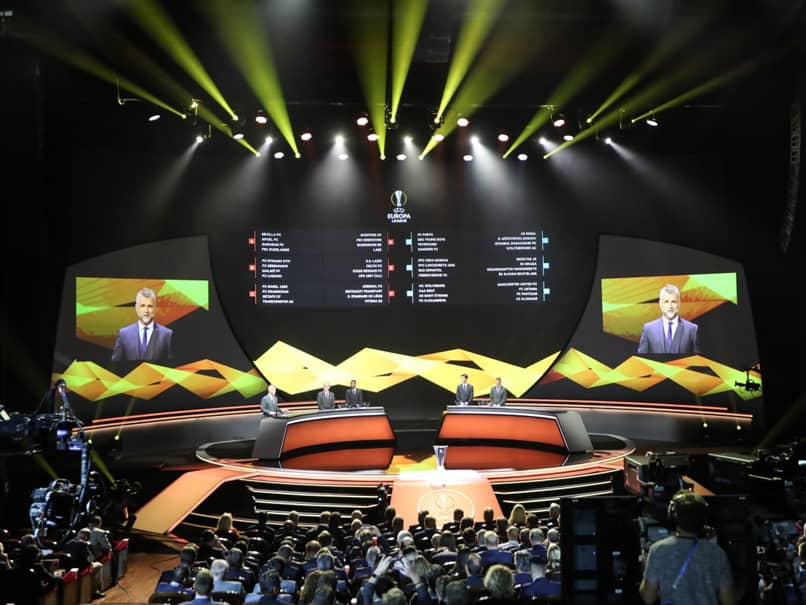 Arsenal will kick off away in Frankfurt on September 19.© AFP

Last season's runners-up Arsenal were placed in the same section as Eintracht Frankfurt in the draw for the Europa League group stage in Monaco on Friday, while Manchester United face a long trip to Kazakhstan. Unai Emery's Arsenal side lost the final in Baku to Chelsea, who had already eliminated Eintracht on penalties in the last four. Arsenal will kick off away in Frankfurt on September 19. Ten-time Belgian champions Standard Liege and Portugal's Vitoria Guimaraes also in Group F. United, Europa League winners in 2017, will face Astana of Kazakhstan as well as Partizan Belgrade and former finalists AZ Alkmaar of the Netherlands in Group L.

Ole Gunnar Solskjaer's side will be at home to Astana in their first game. They will make the 12,000-kilometre round trip to face the Kazakh champions, who were knocked out of the Champions League in the first qualifying round, on November 28.

Wolverhampton Wanderers, the third English team in the draw, will take on Turkish side Besiktas in Group K.

In their first European campaign since 1980, Wolves have already come through three ties just to reach the group stage. They beat Torino 5-3 on aggregate in the play-offs.

Nuno Espirito Santo's team will also face Slovan Bratislava of Slovakia and Portuguese club Braga, who will be their first opponents, at Molineux.

The draw was far less kind to the two Scottish representatives.

Scottish champions Celtic meet Italian Cup holders Lazio and French Cup holders Rennes in Group E as well as CFR Cluj, the Romanian side to whom they lost in Champions League qualifying.

Celtic were in the same group as Rennes in the 2011-12 Europa League and took four points against the French club. The teams meet in France on September 19.

"It's a great draw. There's a couple of glamour games there and a chance to maybe exact some sort of retribution on Cluj as well, so we're delighted to be in there and delighted with the group," said Celtic boss Neil Lennon.

Rangers reached the group stage for the second season running after edging out Legia Warsaw in the play-off round. Their first game will be at home to Jaap Stam's Feyenoord.

"We know we are the underdogs in the group but we want to go and surprise a few people, that's what we will try and do. We will do everything we can to try and get out the group," said Gerrard.

All opening group games will be played on September 19 with the last games on December 12. The final will be held in the Polish city of Gdansk on May 27, 2020.