Croatia coach Zlatko Dalic named a 26-man squad for Euro 2020 on Monday, comprising players who won silver at the 2018 World Cup and their younger peers and led by veteran Luka Modric. 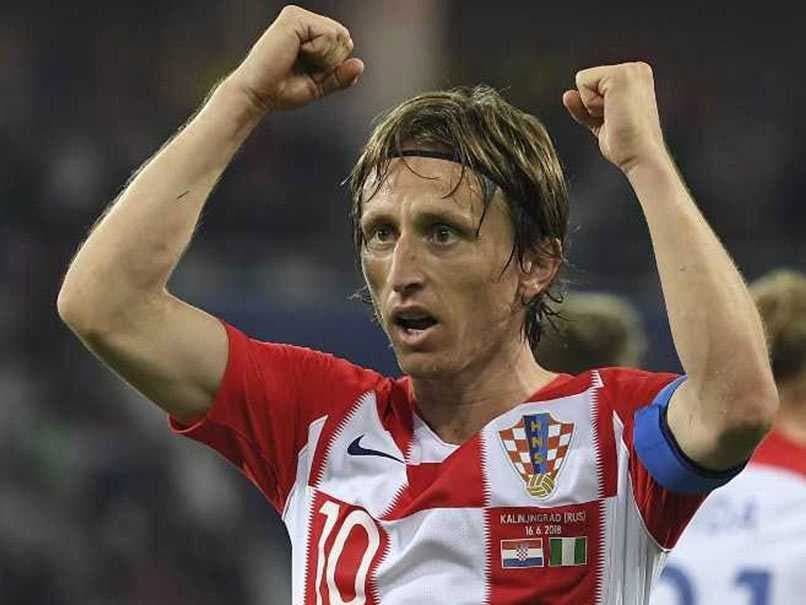 Croatia, led by Luka Modric, reached the final at the 2018 World Cup in Russia.© AFP

Croatia coach Zlatko Dalic named a 26-man squad for Euro 2020 on Monday, comprising players who won silver at the 2018 World Cup and their younger peers and led by veteran Luka Modric. "Our latest results were not the best, but I'm an optimist. Our first goal is to get out of the group," Dalic told reporters. Croatia have been drawn in Group D, and will play England in London on June 13.

Dalic described that opening match as the toughest in the group stage as England "have good quality and we play at Wembley".

Croatia then travel to Glasgow where they will face the Czech Republic on June 18 and Scotland four days later.

"We have difficult opponents, but I believe in us. We are at our best when the going gets tough," Dalic said.

Captain Modric, 35, is among several players who took part in Croatia's wonderful run at the World Cup in Russia in 2018where they beat England in the semi-final before losing 4-2 to France in the final.

While expectations from the team at home are high, Dalic is cautious.

"The bar is set too high, our ambitions are not realistic," he said in an interview with Sportske Novosti daily Monday.

"We are still among the 10 strongest (teams) in Europe, but there are many candidates for the throne who are ahead of us."

The squad includes a stand-by list of eight players. It must be officially declared to UEFA by June 1 at the latest.

Croatia Luka Modric Football
Get the latest updates on IPL 2021, check out the IPL 2021 Schedule and Indian Premier League Live Score . Like us on Facebook or follow us on Twitter for more sports updates. You can also download the NDTV Cricket app for Android or iOS.