England Sweep Scotland Away, France Hit Back to Win in World Cup Qualifiers

A trio of headers from Daniel Sturridge, Adam Lallana and Gary Cahill saw interim coach Gareth Southgate's side cruise home, the win consolidating England's leadership of Group F as they made it 10 points from four games. 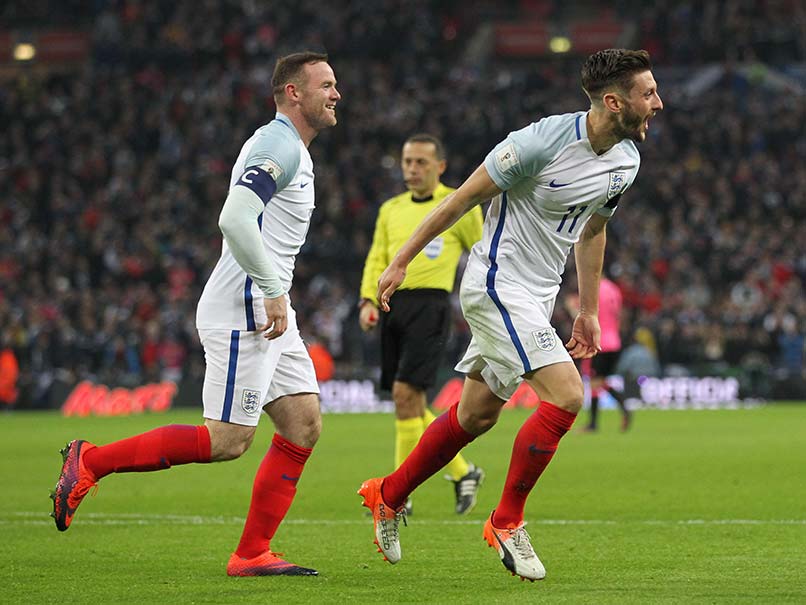 England shrugged aside the potential ramifications of sanctions over poppy emblems with a 3-0 Wembley win over Scotland to bring a 2018 World Cup berth a step closer.

A trio of headers from Liverpool pair Daniel Sturridge and Adam Lallana and Chelsea's Gary Cahill saw interim coach Gareth Southgate's side cruise home, the win consolidating England's leadership of Group F as they made it 10 points from four games.

For Southgate, who replaced newspaper sting victim Sam Allardyce following an opening away success in Slovakia, the three points were a welcome boost after a nervous draw in their previous outing in Slovenia, aiding his chances of taking the post full time.

Slovenia stayed in touch just two points behind the leaders after edging Malta 1-0 away while Slovakia are two points further back after whipping Lithuania 4-0.

The Scots meanwhile now trail England by six points, their hopes of snatching a place in the finals in Russia seemingly at an end as coach Gordon Strachan hangs on to his job by his fingernails.

While England and Scotland defied FIFA's opposition to symbols which might be seen as political by wearing armbands featuring poppies to mark Armistice Day, emotions ran high in Paris as France hosted Sweden a year on from terror attacks in the French capital.

A capacity crowd of 80,000 at the Stade de France held a minute's silence to mark Sunday's first anniversary of the attacks which left 130 people dead prior to the hosts' come-from-behind 2-1 win over Sweden.

On the night of the coordinated attacks across Paris, France were playing Germany at the same stadium in a friendly when three suicide bombers blew themselves up immediately outside the ground, killing one man.

French president Francois Hollande attended the Sweden game, as he had the Germany match, Friday's encounter held on a public holiday marking the day that saw the guns fall silent at the end of World War I in 1918.

France's win -- courtesy of goals from Paul Pogba and Dimitri Payet after Emil Forsberg had put the Swedes ahead --lifted them atop Group A with seven points from three games as their visitors slid three points off the pace.

Holland have a chance to join Sweden on seven points if they win at makeweights Luxembourg tomorrow.

Reigning world champions Germany gave no quarter to Group C minnows San Marino with debutant Serge Gnabry of Werder Bremen helping himself to a hat-trick in an 8-0 rout in Serravalle.

Sami Khedira bagged the first on seven minutes and then Gnabry added a quickfire second before Jonas Hector bagged a brace, his second coming in between Gnabry's second and third strikes.

A Mattia Stefanelli own goal made it seven and Kevin Volland put the icing on the cake as Germany made it four wins in four.

The win moved the hosts joint second with the Azeris but five points behind the Germans, who have yet to concede a goal.

Also in the Germans' group, the Czech Republic edged out Norway 2-1 in Prague with Jaromir Zmrhal's winner giving his countrymen a first win.

Elsewhere, the Group E match between Romania and Poland in Bucharest was briefly halted after a firecracker thrown from the stands went off near visiting forward Robert Lewandowski.

The second half incident could see a stiff UEFA punishment for the Romanians, who slumped to a 3-0 loss which saw the Poles go top of the pool.

Kamil Grosicki had notched an early opener before Bayern Munich's Lewandowski had the last laugh with two late goals.

In the same group, Denmark beat Kazakhstan 4-1 helped by two goals from Christian Eriksen to vault into third spot ahead of the Romanians.

Also in Group E, previously pointless Armenia did Poland a favour by coming back from two goals down to edge previous leaders Montenegro 3-2.

A piledriver in the final seconds from Gevorg Ghazaryan gave Armenia their first competitive win for three years.

Comments
Topics mentioned in this article
England Scotland Germany France Football
Get the latest updates on India vs England Series, India vs England , live score and IPL 2021 Auction . Like us on Facebook or follow us on Twitter for more sports updates. You can also download the NDTV Cricket app for Android or iOS.