Dynamo Kiev face the charges following a prolonged attack towards black supporters caught on camera by FARE, the anti-discriminatory Football Against Racism in Europe. 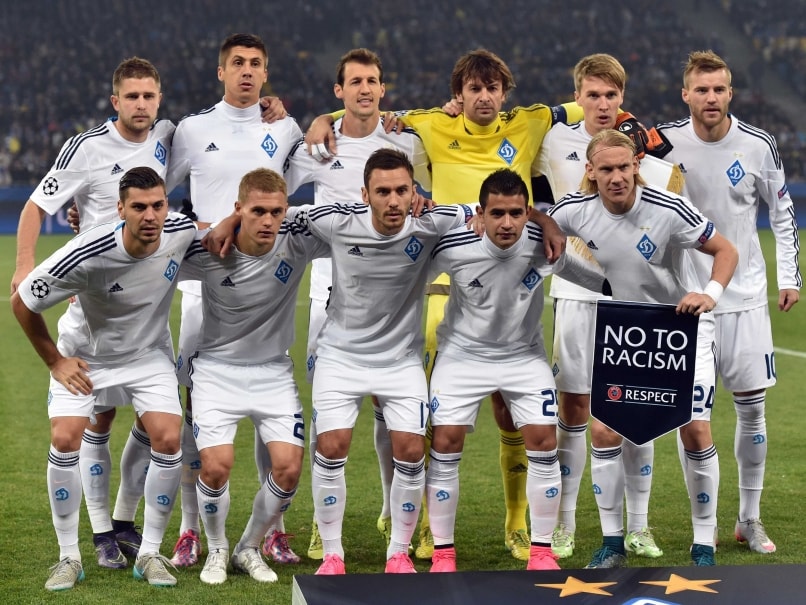 UEFA opened disciplinary proceedings against Dynamo Kiev on Thursday over alleged racist behaviour and crowd disturbances caused by their fans during Tuesday's Champions League match at the Olympiysky Stadium against Chelsea. (Chelsea F.C. Held to a Goalless Draw vs Dynamo Kiev in Champions League)

The Ukrainian champions face the charges following a prolonged attack towards black supporters caught on camera by FARE, the anti-discriminatory Football Against Racism in Europe body.

The video footage, posted by The Guardian newspaper, shows how four black fans, believed to be Afro-American residents in Kiev, were attacked by one set of fans and were prevented from leaving the stand, and were then attacked by other fans who also blocked the exit staircase.

Piara Powar, the executive director of Fare, told The Guardian: "This terrible incident reflects many of the continuing realities of football in central and Eastern Europe.

"A report has been made to UEFA, who have regulatory responsibility for the match, and we will be lobbying for the strongest sanctions."

UEFA said in a statement on Thursday that the Control, Ethics and Disciplinary Body was investigating the incident.

They have charged Dynamo for racist behaviour under Article 14 of their disciplinary code, for crowd disturbances, and for blocked stairways. The case will be heard on October 27.

Last season UEFA sanctioned Kiev with a partial closure of the stadium following a pitch invasion by supporters during a Europa League Round of 32 second leg match against French club Guingamp in February.

UEFA also fined Dynamo 15,000 euros and ordered them to close part of their stadium again after racist behaviour by fans towards Everton players during a Europa League game in the next round played two weeks later.

Tuesday's match against Chelsea ended in a goalless draw with the return match in London on November 4.

Comments
Topics mentioned in this article
Dynamo Kiev Chelsea Football
Get the latest updates on IND vs NZ 2021, check out the Schedule and Live Score . Like us on Facebook or follow us on Twitter for more sports updates. You can also download the NDTV Cricket app for Android or iOS.