Dinamo Zagreb midfielder Arijan Ademi has failed a drug test after their Champions League match against Arsenal last month and is under investigation by UEFA, the club said on Wednesday. 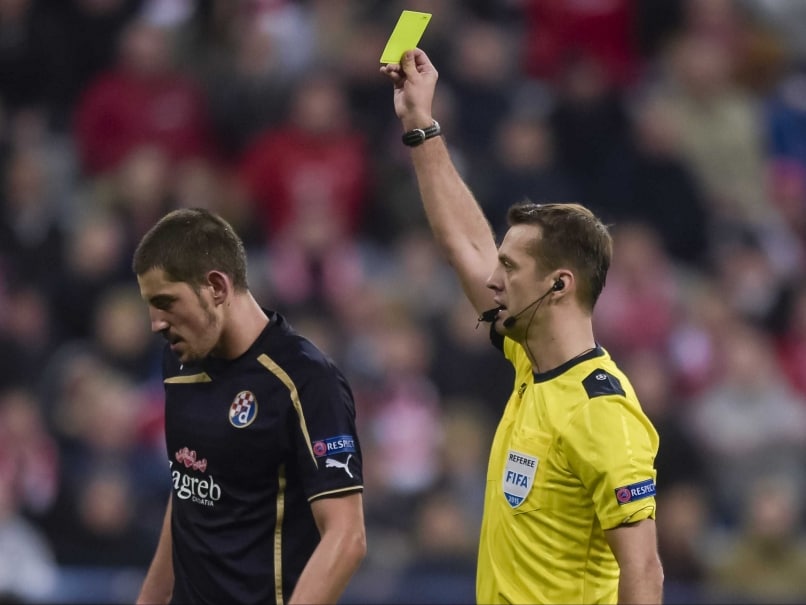 UEFA has opened a proceeding against Dinamo Zagreb's midfielder Arijan Ademi. The club, however, is keeping a lid on the disciplinary procedures and is awaiting for the Croatian's B sample results.© AFP

Dinamo Zagreb midfielder Arijan Ademi has failed a drug test after their Champions League match against Arsenal last month and is under investigation by UEFA, the club said on Wednesday. (Champions League: 10-Man Arsenal F.C. Stunned by Dinamo Zagreb)

"We have been informed about the results of the drug test and that our player Arijan Ademi tested positive," the Croatian title holders said on their website. (Defiant Arsene Wenger Won't Take Blame for Arsenal's Euro Woes)

"UEFA has opened a proceeding against him and in compliance with the football governing body's rules, Dinamo cannot comment until the disciplinary procedure is over and the B sample result is announced."

Dinamo beat Arsenal 2-1 at home in their Group F opener on Sept. 16 before losing 5-0 at Bayern Munich two weeks later.

They are third in the section with three points from two games. Bayern lead the standings with a maximum six points while Olympiakos Piraeus are ahead of Dinamo on goal difference.

Dinamo released a statement to say club officials were "surprised" with Ademi's failed drugs test. "He had been tested six times in the past year and the results always came back negative."

Comments
Topics mentioned in this article
Dinamo Zagreb Arsenal Football
Get the latest updates on India vs Australia Series, check out the India vs Australia Schedule for 2020-21 and Ind vs Aus live score . Like us on Facebook or follow us on Twitter for more sports updates. You can also download the NDTV Cricket app for Android or iOS.