David Silva headed Real Sociedad in front at Balaidos for his first goal since he left Manchester City in the summer, and his first in La Liga since he departed Valencia 11 years ago. 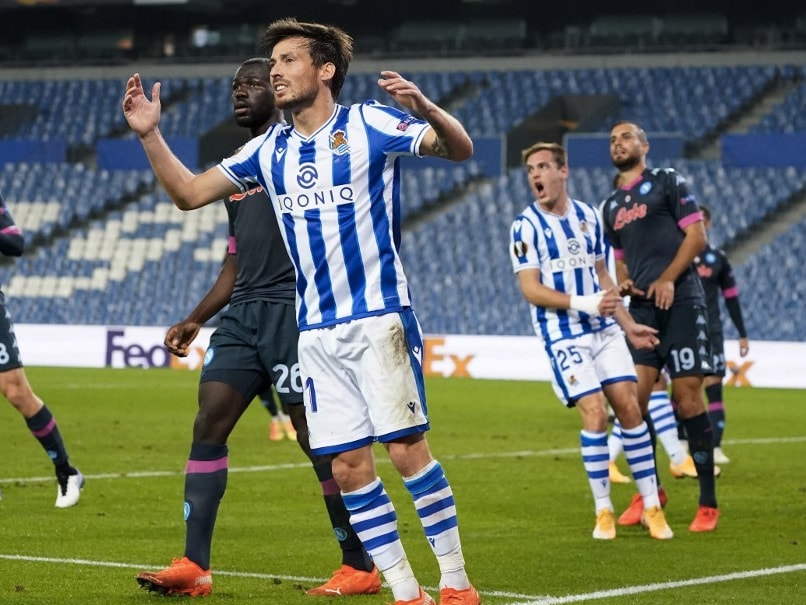 David Silva scored his first goal for Real Sociedad on Sunday to help them go back to the top of La Liga.© AFP

David Silva scored his first goal for Real Sociedad on Sunday to help them go back to the top of La Liga after a 4-1 win over Celta Vigo. Silva headed La Real in front at Balaidos for his first goal since he left Manchester City in the summer, and his first in La Liga since he departed Valencia 11 years ago. Mikel Oyarzabal made it two with his fifth of the season, a tally that also makes him the league's top scorer so far. Willian Jose then hit the net twice in the second half, either side of Iago Aspas converting a penalty, which gave Celta brief hope of a comeback.

Celta's Jose Fontan was sent off for a second yellow card late on, to cap a disappointing afternoon for the home side, who sit 17th, without a win in six games.

But another impressive victory for Real Sociedad means they have won their last four league games on the bounce, with scorelines of 3-0, 3-0, 4-1 and 4-1.

They return to the top of the table, one point ahead Real Madrid, who had temporarily taken first place after their 4-1 win over Huesca on Saturday.

Atletico Madrid are third, three points off the leaders but with two games in hand.

Valencia, meanwhile, avoided a fourth straight defeat by drawing 2-2 at home to Getafe but could easily have lost or won the game after a wild finish at Mestalla.

Leading 1-0 through a goal from Yunus Musah, Valencia were reduced to 10 men when Thierry Correia was sent off just before the hour.

They conceded in the 87th minute when Juan Camilo Hernadez equalised for Getafe, who then looked to have snatched a victory when Angel scored again in the 94th minute.

But Valencia hit back in the 10th minute of injury-time, Carlos Soler converting a penaly to ensure they at least went away with a point. Getafe's Damian Suarez was also shown a red card in the 98th minute to add to the mayhem.