David Silva, 34, spent a decade with Manchester City and made his final appearance as a substitute in the shock defeat to Lyon in the Champions League quarter-finals.. 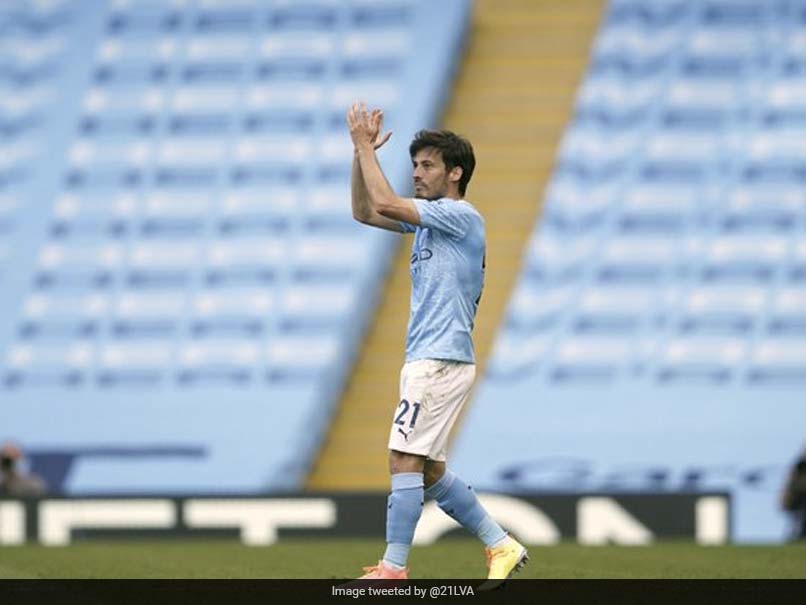 Spanish midfielder David Silva has agreed a two-year contract with Real Sociedad following his departure from Manchester City, the La Liga club announced on Monday. Silva, 34, spent a decade with City and made his final appearance as a substitute in Saturday's 1-3 defeat by Lyon in the Champions League quarter-finals. He is expected to join his new Sociedad team-mates in the coming days for pre-season training. The 2020/21 La Liga campaign is scheduled to begin on September 12. Sociedad finished sixth last season to qualify for the Europa League.

Silva won 11 domestic trophies in his time in Manchester and is widely regarded as one of the Premier League's finest imports.

City said a statue will be erected next year in his honour, while a pitch at the club's training ground will also be named after him.

"David is a transformational player, a quiet leader who has inspired everyone around him," said City chairman Khaldoon Al Mubarak in a club statement.

"David's statue will act as a lasting reminder of the wonderful moments that he gave us, not only as an incredible footballer, but as an inspiring ambassador who represented this football club with great dignity at all times."

Silva is the fourth-highest goalscorer in Spain's history and sixth for all-time appearances, and was part of the squads which won the 2010 World Cup and two European Championships, in 2008 and 2012.

Valencia Football
Get the latest updates on IPL Auction 2023 and check out  IPL 2023 and Live Cricket Score. Like us on Facebook or follow us on Twitter for more sports updates. You can also download the NDTV Cricket app for Android or iOS.