Alex Ferguson, who managed Cristiano Ronaldo for six years before the Portugal international left Old Trafford for the Santiago Bernabeu in 2009, has backed his former protege as the more complete footballer. 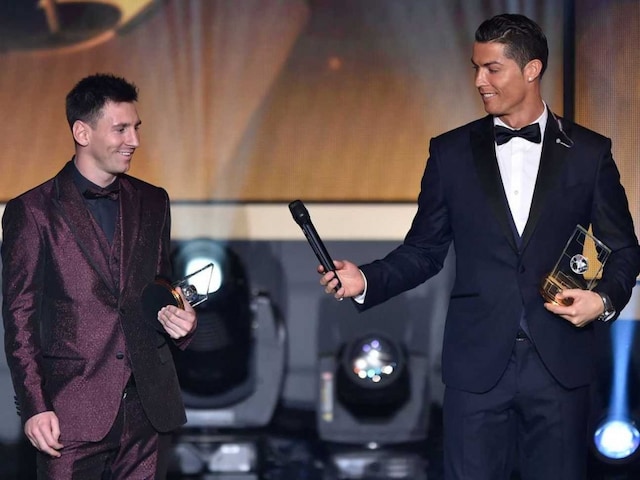 Former Manchester United manager Alex Ferguson on Sunday said Lionel Messi is purely a Barcelona player but believes Cristiano Ronaldo would be a success anywhere in the world.

The Barcelona and Real Madrid forwards have won the last seven Ballon d'Or awards between them, marking the pair as the two best players of their generation and among the greatest to have ever played the game.

"Ronaldo is tough. People say 'who is the player in the world' and plenty of people quite rightly say Messi. You can't dispute that opinion. But the thing about Ronaldo, Ronaldo could play for Millwall, Queens Park Rangers, Doncaster Rovers or anyone and he'd score a hat-trick. I'm not sure Messi could do it," Ferguson was quoted as saying by BBC.

Ferguson, who managed Ronaldo for six years before the Portugal international left Old Trafford for the Santiago Bernabeu in 2009, has backed his former protege as the more complete footballer.

"Ronaldo's got two feet, he's quick, he's good in the air and he's brave, though Messi's brave too, of course. I just think Messi is a Barcelona player," the 73-year-old said.

Ferguson also labelled the 30-year-old as the player who advanced the most under his tutelage over his 26 years in charge of United.

"Ronaldo is the biggest improvement I ever had at Manchester United really because he came as a young skinny kid at 17. And yes, he had stuff such as diving which people used to criticise him but, once he got out on the training field, he was fantastic," the retired coach said.

Comments
Topics mentioned in this article
Lionel Messi Cristiano Ronaldo Alex Ferguson Football
Get the latest Cricket news, check out the India cricket schedule, Cricket live score . Like us on Facebook or follow us on Twitter for more sports updates. You can also download the NDTV Cricket app for Android or iOS.