Maurizio Sarri said he spoke to Cristiano Ronaldo and told him not to worry about his form. 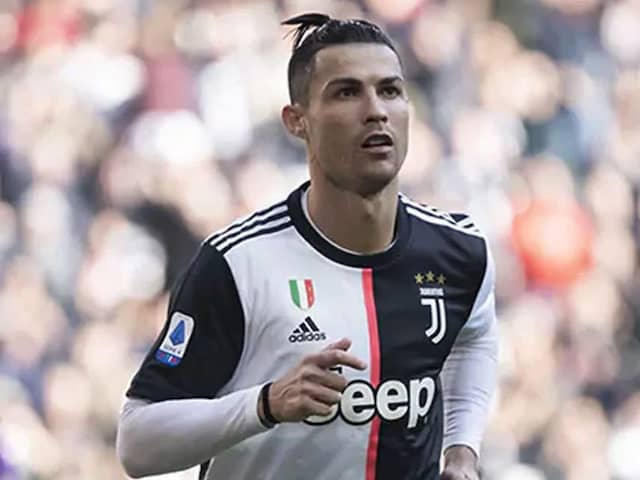 Cristiano Ronaldo, 35, has scored 25 goals for Juventus in all competitions this season.© AFP

Juventus coach Maurizio Sarri has told Cristiano Ronaldo not to worry about his slow resumption to the season, insisting on Sunday the Portuguese star will return to being "the most incredible player of all time". They will play their first Serie A match in over three months against Bologna on Monday, four days after losing the Italian Cup final to Napoli. The Serie A leaders failed to score in their two Cup matches since the Italian season resumed following the coronavirus lockdown, with goalless draws against AC Milan in the semi-finals, where Ronaldo missed a penalty, and with Napoli in the final before a 4-2 defeat on penalties.

"I spoke to Cristiano again yesterday. He must not worry about trust," Sarri said.

"He must not lose confidence, as soon as he regains his brilliance he will return to being the most incredible player of all time.

"At the moment, physically he cannot give the maximum."

Ronaldo, 35, has scored 25 goals for Juventus in all competitions this season.

He spent the coronavirus lockdown in his native Portugal.

"We must not forget that we have arrived after being inactive for 60 days and the physical brilliance cannot be at the highest levels," said Sarri.

Juventus have just a one-point advantage over Lazio in the Serie A table, as they target a ninth consecutive Scudetto.

The 61-year-old urged his players to "turn the page" quickly having lost two finals this season, after the Italian Super Cup loss to Lazio in December.

"Losing a trophy is always painful, it hurts, it gives disappointment and bitterness, but this is the situation and we must not beat ourselves up," said the former Chelsea coach.

"We have to turn the page and think about our next games. We hope to improve quickly in the next 10 days, both in physical and mental condition."

"The story of my quarrel with him is fake news," said Sarri.

"Pjanic is one of the guys I talk to the most and, like the whole team in the last two games, he has played well in the opening minutes, dropping a bit during the game."

Lazio Miralem Pjanic Football
Get the latest Cricket news, check out the India cricket schedule, Cricket live score . Like us on Facebook or follow us on Twitter for more sports updates. You can also download the NDTV Cricket app for Android or iOS.