Cristiano Ronaldo was rested for the last six Portugal games while he settled at new club Juventus. 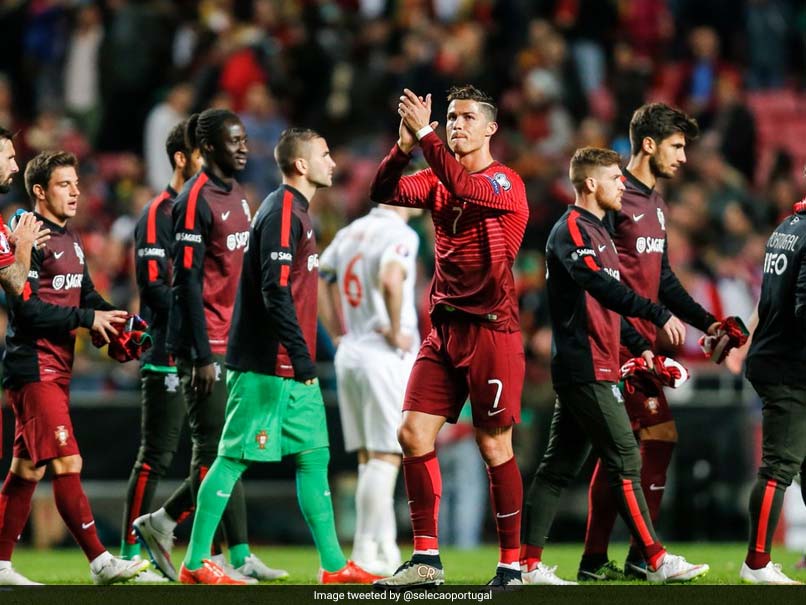 Cristiano Ronaldo was named in defending European champions Portugal's squad on Friday nine months after his last international appearance at the 2018 World Cup in Russia. With Euro 2020 qualifiers against Ukraine and Serbia coming up, coach Fernando Santos has recalled Ronaldo, who has 85 goals in 154 international appearances. He was rested for the last six Portugal games while he settled at new club Juventus, where the 34-year-old has silenced sceptics with a steady stream of goals and a hat-trick in Juve's 3-2 aggregate Champions League last-16 win over Atletico Madrid.

"After the World Cup I needed a break to settle in at Juventus," he said after the Atletico win.

"In the coming matches I hope to bring my contribution to the national side. I also miss that," Ronaldo told DAZN.

In his absence Portugal finished top of their Nations League group ahead of Italy and Poland and qualified for the inaugural Final Four tournament to be held in Portugal in June.

Ronaldo, the five-time world player of the year, made a huge contribution to Portugal winning Euro 2016 in France, and he was also influential at the last World Cup, scoring four times including a hat-trick against Spain in their run to the last 16.

Off the field, Ronaldo is facing rape allegations dating from 2009. In the latest development in the case, Las Vegas police requested a DNA sample as part of their investigation.

Ronaldo claims he had a consensual relationship with a former model who lodged a complaint claiming she was raped at his hotel suite.

Portugal host Ukraine in their opening Euro 2020 qualifier next Friday and then play Serbia at home the following Monday.