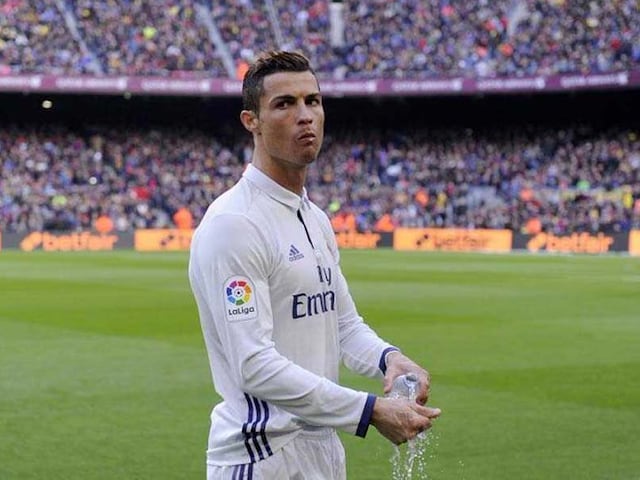 Ronaldo was on Tuesday accused of a 14.7 million euro tax evasion© AFP

Real Madrid star Cristiano Ronaldo was on Tuesday accused of a 14.7 million euro tax evasion through offshore companies, the public prosecutor's office in Madrid announced. The Portuguese footballer was accused of "four crimes against the public treasury between 2011-14... which involves tax fraud of 14,768,897 euros ($16.5m, £12.9m)", the office said in a statement. "The accused took advantage of a company structure created in 2010 to hide income generated in Spain from his image rights from tax authorities, which is a 'voluntary' and 'conscious' breach of his fiscal obligations in Spain," it said.

Prosecutors accuse the 32-year-old Portugal forward, who is the world's highest-paid athlete according to Forbes magazine, of evading tax via two companies based in the British Virgin Islands and Ireland. Ronaldo is the latest football star to fall foul of Spanish tax authorities.

Argentina international and Barcelona forward Lionel Messi was sentenced to a 21-month jail sentence and 2.09-million-euro fine last year for tax fraud. The prison term will likely be suspended as is common in Spain for first offences for non-violent crimes carrying a sentence of less than two years.

The 29-year-old and his father Jorge Horacio Messi were found guilty of using companies in Belize, Britain, Switzerland and Uruguay to avoid paying taxes on 4.16 million euros of Messi's income earned from his image rights from 2007-09. The income related to Messi's image rights that was hidden includes endorsement deals with Danone, Adidas, Pepsi-Cola, Procter & Gamble and the Kuwait Food Company.

Comments
Topics mentioned in this article
Real Madrid Cristiano Ronaldo Football
Get the latest Cricket news, check out the India cricket schedule, Cricket live score . Like us on Facebook or follow us on Twitter for more sports updates. You can also download the NDTV Cricket app for Android or iOS.