Around 300 people attended a top-of-the-table clash between last season's champions Altyn Asyr and league leaders Kopetdag in a 20,000-capacity stadium in the capital Ashgabat. 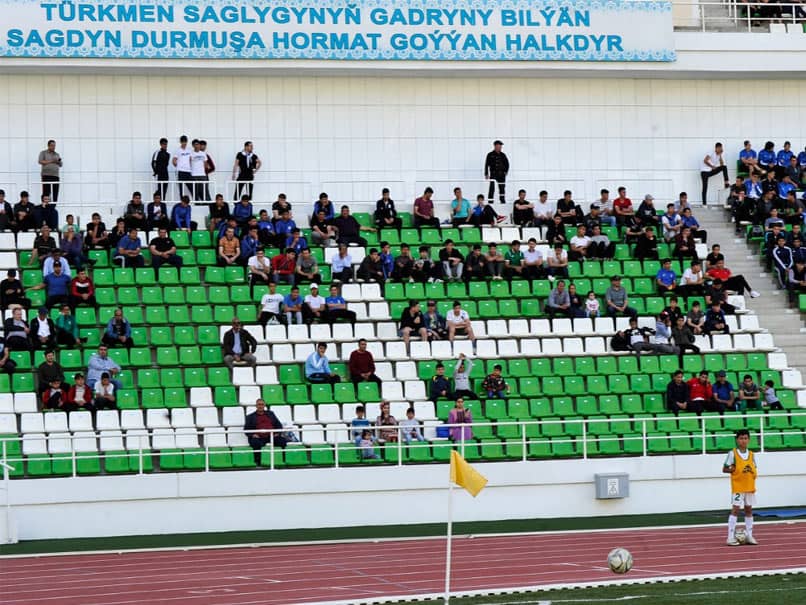 Turkmenistan rebooted its domestic football season Sunday, with fans returning to stadiums in one of the few countries yet to declare a case of coronavirus. Around 300 people attended a top-of-the-table clash between last season's champions Altyn Asyr and league leaders Kopetdag in a 20,000-capacity stadium in the capital Ashgabat. The two teams played out an attritional 1-1 draw with both goals coming in the second half.

Like several other fans interviewed by AFP, none of whom wore masks, Murad, a 60-year-old Kopetdag fan, said he had no fear of the coronavirus pandemic and planned to continue attending games.

"Sport kills all viruses," he joked. "When your favourite team wins, it lifts your immunity!"

He hoped his team could stay the pace at the top of the division.

"This club is a legendary club," Murad said.

The deeply authoritarian Central Asian state followed other countries around the world when it suspended its eight-team league in March just three games into the season.

The national football federation cited recommendations by the health ministry and the World Health Organisation for preventing the spread of the illness.

But a month later, and despite international concerns that Turkmen authorities are underplaying the threat of the virus, football made a return to the gas-rich country.

"Joy boosts our immunity," joked Ashir Yusupov, a 34-year-old entrepreneur and fans said before the game.

"We have no coronavirus, so why not restart our league?"

Global interest in the Belarusian league has surged on the back of its decision, while the Tajikistan's Super Cup final earlier this month attracted a curious multi-lingual online following.

But Belarus, which has confirmed 4,779 coronavirus cases, has been strongly criticised for allowing fans to attend games.

Tajikistan has begun its season with matches held behind closed doors, even as its authoritarian government, like that of Turkmenistan, continues to insist there are no cases in the country.

'Impregnable fortress of the motherland'

Turkmenistan has never been known as a footballing powerhouse and the country's main sports channel chose to show handball over Sunday's game.

Nor is soccer among the sports promoted by sport-mad president Gurbanguly Berdymukhamedov.

On World Health Day on April 7, the president was shown on state television riding a horse and a bicycle as state employees engaged in mass exercise sessions across the country.

Such large public events have prompted observers to question how seriously the government is taking the pandemic.

Since then, Berdymukhamedov has ordered officials to ramp up efforts to detect any cases and prevent the virus spreading.

The president is known as the nation's Arkadag, or "Protector."

State media have stressed the importance of his leadership in the pandemic.

In a poem published in state newspapers on Friday, the president's favourite poet Gozel Shagulyyeva praised him as "the impregnable fortress of the motherland."

"Protector, you are watching over (our) health," Shagulyyeva wrote.