Wilfried Zaha has offered free accommodation to medical staff in his London properties as they treat patients with coronavirus. 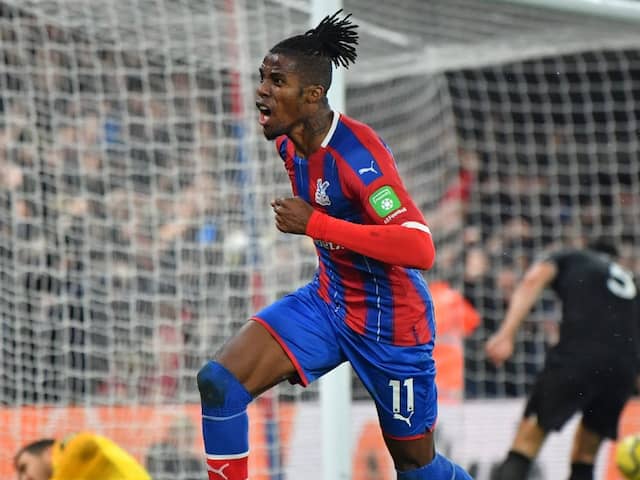 Wilfried Zaha is reported to earn 130,000 pounds a week at the Premier League club.© AFP

Crystal Palace winger Wilfried Zaha has offered free accommodation to medical staff in his London properties as they treat patients with coronavirus. The 27-year-old Ivory Coast international is the latest football personality to offer a free bed, following in the footsteps of former Manchester United star Gary Neville and Chelsea owner Roman Abramovich. Zaha, reported to earn 130,000 pounds (USD 150,000) a week at the Premier League club, willingly took up the baton saying he had friends working in the National Health Service and he could provide accommodation for the hard-pressed staff who could not return home after their shifts.

He has built up a property portfolio of around 50 properties in London, including in trendy Notting Hill. The flats are usually used by corporate clients but with global travel severely restricted there is not much call for them at the moment.

"If you do good, good will come to you," said Zaha cited in The Times on Saturday.

"It is clear that my intentions are that all I want to do is help at every opportunity, especially in the crazy period we are going through.

"Health workers please reach out. We have already had feedback -- this is exactly what we wanted to achieve."

His business partner Obi Williams said they had already been contacted by staff at two London hospitals.

"Anyone who can help and do their bit needs to stand up and help," said Williams.

Neville, now a TV pundit, has offered free use of 176 rooms in two Manchester hotels he co-owns -- including one opposite Old Trafford Stadium -- and has called on footballers to follow his lead, while Russian tycoon Abramovich has invited medical staff to 72 rooms in the hotel at Chelsea's Stamford Bridge ground.

The British government on Friday ordered all pubs, cafes and restaurants to close to restrict the spread of coronavirus.

Crystal Palace Wilfried Zaha Football
Get the latest Cricket news, check out the India cricket schedule, Cricket live score . Like us on Facebook or follow us on Twitter for more sports updates. You can also download the NDTV Cricket app for Android or iOS.