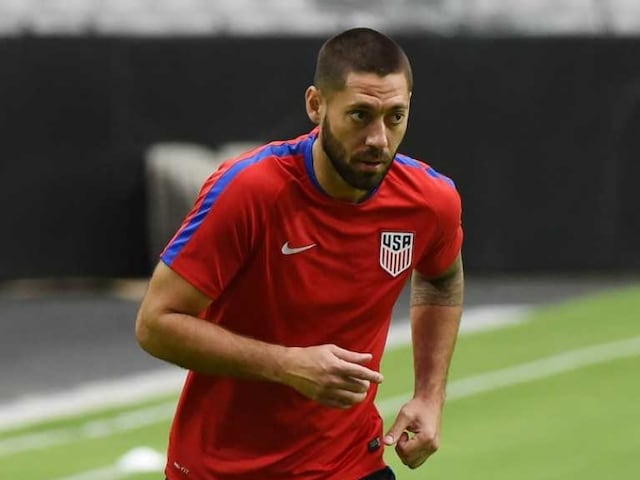 Clint Dempsey has been a mainstay in the US men's national team for some time.© AFP

Dempsey's club the Seattle Sounders confirmed that the 33-year-old forward would be sidelined from this weekend's Major League Soccer clash with the Portland Timbers in Oregon.

It is not known when the former Tottenham Hotspur and Fulham player will return.

"It's something that we've been monitoring during the season," Sounders general manager Garth Lagerwey said on the club's website.

"We have Clint's best interest at heart first and foremost... He's been calm in our conversations with him. Anytime someone tells you something about your body then that's an issue of some concern, but he's been real mature and real professional about this."

ESPN later confirmed Dempsey would miss the USA's 2018 World Cup qualifiers on September 2 and 6 against St. Vincent and the Grenadines and Trinidad and Tobago, respectively.

"Everybody here, us, US Soccer, Clint, we're all on the same page as to getting to the bottom of this," said Lagerwey.

Dempsey is one of the USA's most reliably consistent performers, scoring three goals in the recent Copa America Centenario. He has scored a total of 52 goals in 130 international games. He also became the first American player to score in three consecutive World Cups when he netted against Ghana during the 2014 tournament in Brazil.

Comments
Topics mentioned in this article
Football United States Clint Dempsey
Get the latest Cricket news, check out the India cricket schedule, Cricket live score . Like us on Facebook or follow us on Twitter for more sports updates. You can also download the NDTV Cricket app for Android or iOS.