Vidal has taken full responsibility for crashing his car - reportedly after driving it in a drunken state. 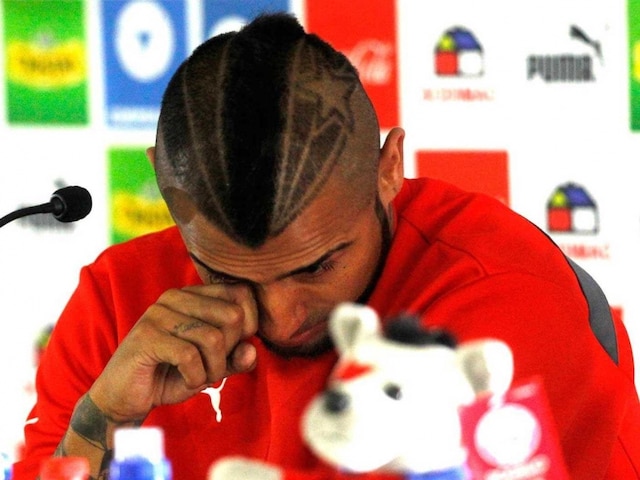 Chilean football star Arturo Vidal made a tearful apology Wednesday to his team and his country after being arrested for crashing his Ferrari while driving drunk.

"I let everyone down," the sobbing 28-year-old Juventus midfielder told journalists after spending the night in jail and having his driver's license suspended -- but dodging suspension from the national team's Copa America campaign.

"I want to apologize to my teammates, to the coaching staff, to the entire country," he said.

He took responsibility for the accident, which left him and his wife with light injuries and mangled the driver's side of his red Ferrari.

"I want to tell you what happened. Yesterday I went to the casino. I had two drinks," he said, struggling to get his words out.

Vidal is currently the leading scorer in the Copa America, the South American championships, which kicked off last week.

He has scored three goals in two matches and is carrying the host nation's hopes to reach the July 4 final.