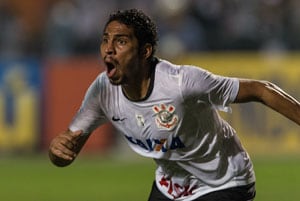 "Chelsea is delighted to announce we have agreed terms with Fluminense for the transfer of Wallace in the January transfer window," the London club said on its official website.

Wallace has featured 18 times for the Brazilian top-flight champions this year. He is also an under-20 international and played in Brazil's under-17 team that won the South American championship last year.

"I was really happy when I received the news about Chelsea. I always believed I could play in Europe but I've hard to work hard to achieve my dream," Wallace said on the Rio de Janeiro club's official website.

"It is going to be a great experience for me. But the move won't be until the middle of next year and until then I want to help Fluminense as much as possible."

Comments
Topics mentioned in this article
Football Brazil Wallace Chelsea
Get the latest updates on IPL 2021, IPL Points Table , IPL Schedule 2021 , live score . Like us on Facebook or follow us on Twitter for more sports updates. You can also download the NDTV Cricket app for Android or iOS.