The normal order of things in the English Premier League has been turned upside down this season, with the likes of Leicester City and Crystal Palace challenging at the top of the table and Chelsea F.C. languishing near the bottom three. 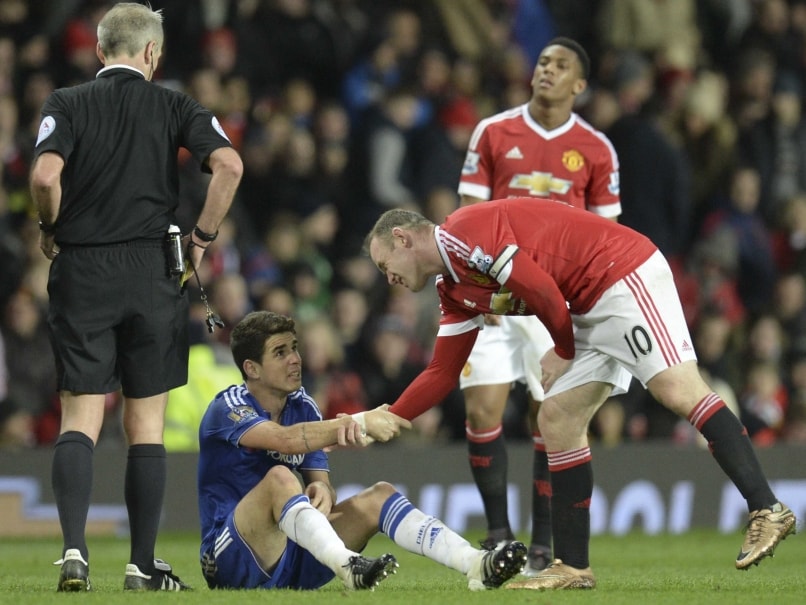 Chelsea F.C. slipped 19 points behind leaders Arsenal with the draw against Manchester United and 15 points adrift of the top four.© AFP
London:

A victory over Sunderland has been followed by draws with Watford and Manchester United. (Pep Guardiola, Diego Simeone Among Probables to Succeed Jose Mourinho at Chelsea F.C.)

A surge up the Premier League table has yet to materialise, however, and the champions remain in 14th place, only three points off the relegation zone.

Chelsea travelled to Old Trafford on Monday to take on a United team that had lost four games in a row, but were unable to make that five as the two struggling giants fought out a 0-0 draw. (Arsenal Move To Top of Premier League, Manchester United-Chelsea Game Ends In Goalless Draw)

The hosts edged the chances, but Chelsea skipper Terry was proud of the performance of his team.

He told Chelsea TV: "I think the desire and the effort was spot on. The work-rate was different class throughout the whole starting XI. But more importantly I just want to say thank you to the fans.

"I think we owed them that performance and I think they can slowly see the tide turning and us putting in performances and getting results.

"The desire in the group is there for everyone to see the last few games. For whatever reason we weren't winning games from the start and we are where we are and we have to build upon that and we have to change things around very quickly because, looking at the league table, it's horrible.

"With a quick succession of wins we can climb the table quickly."

The normal order of things in the Premier League has been turned upside down in 2015/16, with the likes of Leicester and Crystal Palace challenging at the top of the table and Chelsea languishing near the bottom three.

"I think it has been bizarre," said Terry. "Being amongst it has been really difficult and that is credit to teams you wouldn't expect to win games throughout the year improving their squads and improving individuals.

"It's now down to us as a group and a club to step up and go again to that next level where we want to be.

"This year it's probably too far to go, but the season after that and long when I have gone we have set the levels and we need to keep that year after year."

Guus Hiddink's side slipped 19 points behind leaders Arsenal with the draw at Old Trafford and 15 points adrift of the top four.

Comments
Topics mentioned in this article
Chelsea Manchester United Arsenal John Terry Football
Get the latest updates on India vs England Series, India vs England , live score and IPL 2021 Auction . Like us on Facebook or follow us on Twitter for more sports updates. You can also download the NDTV Cricket app for Android or iOS.