Chelsea defender Marcos Alonso will no longer take the knee as a sign of protest against racism because the Spain left-back believes the gesture is "losing a bit of strength." 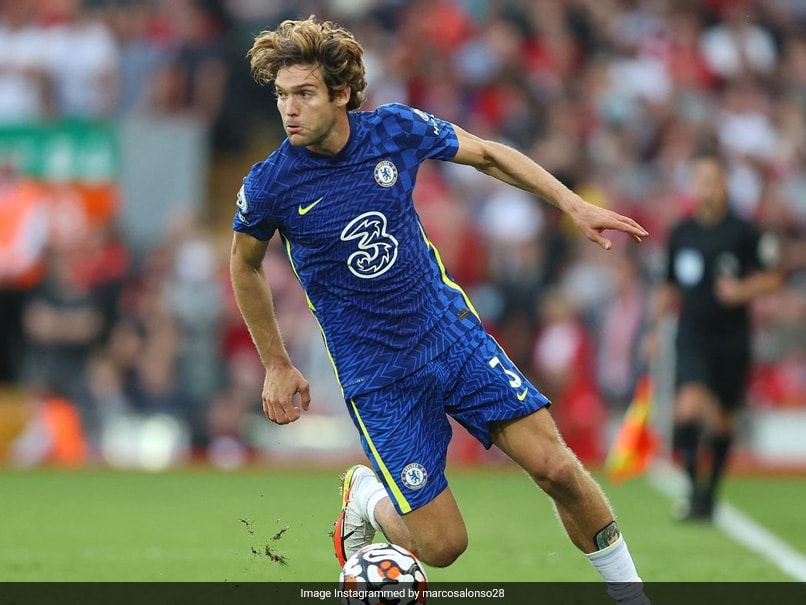 Chelsea defender Marcos Alonso will no longer take the knee as a sign of protest against racism because the Spain left-back believes the gesture is "losing a bit of strength." Alonso will instead point to an anti-racism badge on his shirt before kick-off. Former NFL quarterback Colin Kaepernick started the trend of taking the knee to protest against police brutality and racial inequality. Premier League clubs first began to perform the gesture when the 2019/20 season recommenced after a three-month stoppage due to the coronavirus pandemic in the wake of protests over the murder of George Floyd at the hands of a police officer in the United States.

England's preparations for Euro 2020 were affected by some of their own supporters booing the act in pre-tournament friendlies against Romania and Austria.

Any sign of protest was drowned out by support as the Three Lions progressed to their first major tournament final for 55 years.

"I am fully against racism and I'm against every type of discrimination, and I just prefer to put my finger to the badge where it says no to racism, like they do in some other sports and football in other countries," said Alonso.

"It's my way to do it, I think it's another way. And maybe I think it's losing a bit of strength the other way, so I just prefer to do it this way and to show I am fully supportive of fighting against racism."

Crystal Palace forward Wilfried Zaha became the first Premier League player to decide against taking the knee back in March.

Zaha explained the reasoning for his decision was the gesture has "become a part of the pre-match routine" and done little to curb racist abuse.

Alonso said he has not discussed the issue with his teammates.

"We are in the changing room and we are like a family. I have a very good relationship with everyone, I love everyone and up to now we haven't talked about it.

Chelsea Marcos Alonso Football
Get the latest updates on T20 World Cup, check out the T20 World Cup Schedule and Live Score . Like us on Facebook or follow us on Twitter for more sports updates. You can also download the NDTV Cricket app for Android or iOS.