Robert Lewandowski converted a first-half penalty, then headed home a second as Bayern Munich roared back from conceding an early goal to claim a convincing 6-2 win in Austria. 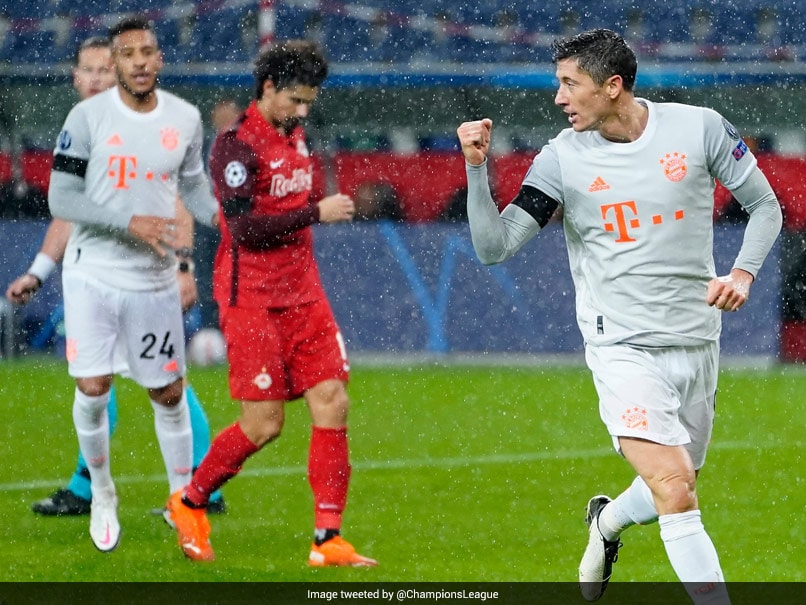 Robert Lewandowski dedicated his two goals in Tuesday's Champions League thrashing over Salzburg to Gerd Mueller, after the Poland striker scored on the ailing Bayern Munich legend's 75th birthday. Lewandowski converted a first-half penalty, then headed home a second as Bayern roared back from conceding an early goal to claim a convincing 6-2 win in Austria. "I would like to dedicate my goals to a true legend Gerd Mueller, its his 75th birthday," Lewandowski posted on Instagram late Tuesday.

"The scale of what you have achieved drives me to work every day to at least come a bit closer to your greatness."

Mueller suffers from dementia and lives in a specialised care home, and earlier this week his wife Uschi said the 1974 World Cup winner "is slowly passing to the afterlife in his sleep"

Lewandowski scored a career-best 34 goals in the Bundesliga last season and has already scored ten times in his first five league games of 2020/21.

The former Borussia Dortmund attacker is on course to beat Mueller's phenomenal German top-flight record of 40 goals in 34 games in the 1971/72 campaign.

Top of the table Bayern travel to second-placed Dortmund on Saturday with the sides seperated on goals difference.