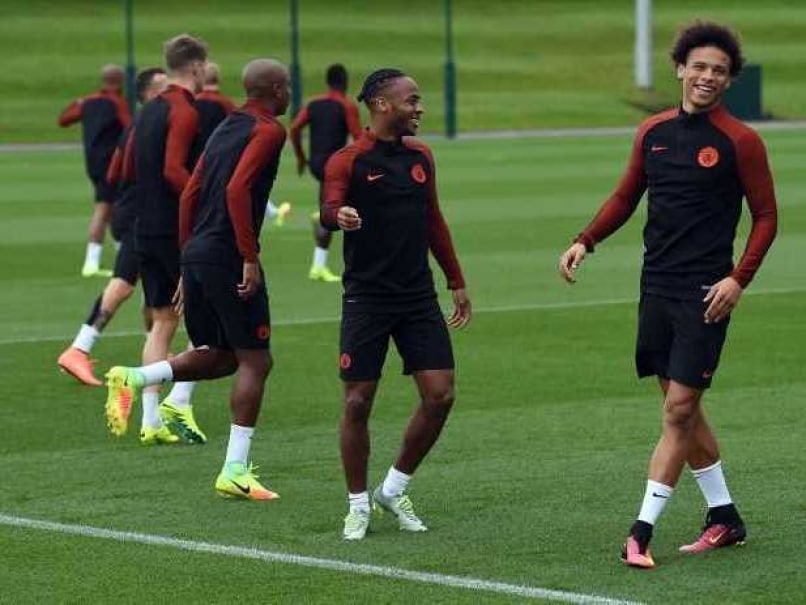 Manchester City manager Pep Guardiola warned on Monday that his players have not yet met his expectations ahead of their opening Champions League group game at home to Borussia Moenchengladbach.

City have won all six of their matches in all competitions this season and moved clear at the top of the Premier League with a slick 2-1 derby win at Manchester United on Saturday.

It has raised hope among City's fans that Guardiola is already on course for glory, but he says his team must raise their level if they are to finish the season with silverware.

"We have to improve to win the Premier League. Of course we are so happy for the results, for the numbers, for the way we are playing after two months.

"But it is not enough to win the Premier League or to achieve big targets in the Champions League."

Guardiola is a two-time Champions League winner and has never failed to reach the semi-finals in his seven seasons coaching in the tournament with Barcelona and Bayern Munich.

Once again they find themselves in an arduous pool, with Barcelona and Scottish giants Celtic completing Group C.

City beat Gladbach twice in last season's group phase, but needed a 90th-minute Sergio Aguero penalty to win in Germany and a late salvo of goals from Raheem Sterling and Wilfried Bony to prevail at home.

With a trip to Celtic to follow, and then an emotional double-header against his former club Barcelona, Guardiola knows City cannot afford to make a sluggish start at the Etihad Stadium on Tuesday.

'We don't fear them'

"They are a brave team, (with a) brave coach -- one of the best teams in Europe," Guardiola told his pre-match press conference at the City Football Academy training complex.

"They have a lot of quality. The draw was difficult for us. Barcelona was there, especially with Gladbach."

Aguero is available for City despite currently serving a three-game domestic suspension and has shaken off a calf problem that forced him to withdraw from international duty with Argentina.

Close-season signing Ilkay Gundogan, the Germany midfielder, could make his debut after overcoming a knee problem, while captain Vincent Kompany is close to a return after thigh surgery.

After 37 years during which they did not play a single game in Europe's top club competition, Gladbach are appearing in the Champions League group phase for the second season running.

Fourth in the Bundesliga last season, 33 points below Guardiola's Bayern, they reached the group stage in impressive fashion by crushing Swiss side Young Boys 9-2 on aggregate in the play-off round.

Andre Schubert's men face a battle to avoid a second successive group-stage elimination, but American midfielder Fabian Johnson believes they can pull off an upset against City.

"I don't think there is a team in the world that cannot be got at," he told the Bundesliga website.

"Obviously City have an outstanding squad with many world-class players. They've also made an impressive start to the season.

"So we respect them, but we don't fear them. We know what we are capable of and showed that last season -- against Man City, too."

Gladbach opened their league campaign by beating Bayer Leverkusen 2-1, but went down 3-1 at Freiburg on Saturday.

Alvaro Dominguez and Josip Drmic are long-term absentees for the Foals, while Marvin Schulz and Mamadou Doucoure are yet to feature this season due to groin and muscular injuries respectively.

Comments
Topics mentioned in this article
Manchester City Barcelona Celtic Sergio Aguero Ilkay Gundogan Pep Guardiola Football
Get the latest updates on IPL 2020, check out the IPL Schedule for 2020 and Indian Premier League (IPL) Cricket live score . Like us on Facebook or follow us on Twitter for more sports updates. You can also download the NDTV Cricket app for Android or iOS.