The 24-year-old was in his car heading towards his home at around 2am when his car was stopped. 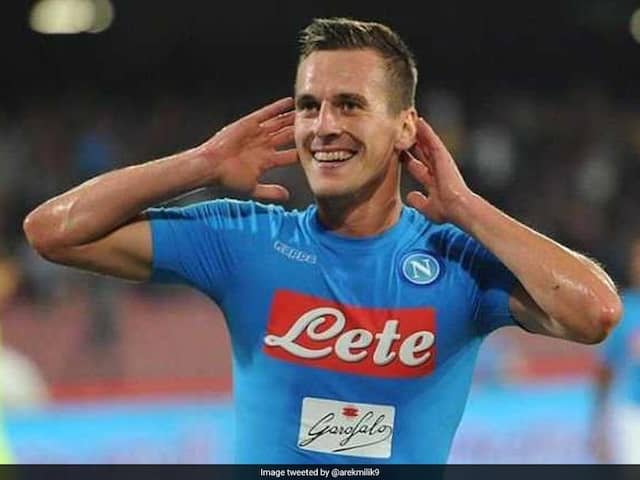 Napoli's Polish striker Arkadiusz Milik was robbed at gunpoint on his way home after his team's Champions League win over Liverpool, Italian police said on Thursday. The 24-year-old was in his car heading towards his home at Varcaturo on the Domitian Coast 20km west of Naples at around 2am when his car was stopped by a high-powered motorcycle blocking the road. The two assailants -- whose faces were entirely covered by helmets -- approached the footballer's car and pointed a gun at him, ordering him to hand over his Rolex Daytona watch worth 7,000 euros ($8,000).

The robbers then sped into the countryside towards Licola, police said according to the AGI news agency.

As soon as he recovered from the shock, Milik went to the nearest police station to report the crime.

Attacks on professional players in the southern Italian city are frequent.

Italian international Lorenzo Insigne was robbed of jewelry, cash and a luxury watch in 2016 and the club's Slovakian captain, Marek Hamsik, was held up at gunpoint in the centre of the city four years ago.

Napoli Arkadiusz Milik Football
Get the latest Cricket news, check out the India cricket schedule, Cricket live score . Like us on Facebook or follow us on Twitter for more sports updates. You can also download the NDTV Cricket app for Android or iOS.