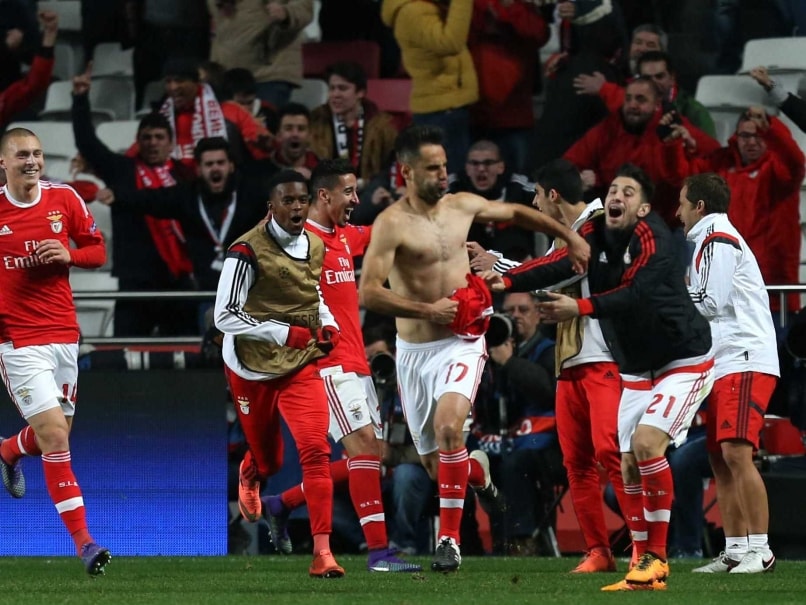 Zenit midfielder Axel Witsel twice went close for the visitors in the second half, while Benfica's Nico Gaitan was denied by a fine stop from Yuri Lodygin before Jonas nodded in late on after Domenico Criscito was sent off for the visitors.

Meanwhile, Benfica boss Rui Vitoria stuck with the same side that lost 2-1 to bitter rivals Porto on Friday, a defeat that snapped the hosts' 11-game winning streak.

Jonas, who has scored 23 goals in 22 league games for Benfica this season, went close midway through the first half as his long-range drive flicked Nicolas Lombaerts and skipped just wide of Lodygin's far post.

Hulk then hammered a free-kick wide at the other end after Jardel joined Andre Almeida in the referee's book, with both Benfica defenders ruled out of the return leg on March 9 due to suspension.

Julio Cesar palmed away a stinging Witsel strike shortly after half-time, with the Belgium international then heading straight at the Benfica goalkeeper from the resulting throw-in.

Zenit midfielder Garcia will also miss next month's second leg in Russia after he too was booked, and the visitors were indebted to Lodygin on 69 minutes as he produced an excellent save to deny Gaitan from close range.

However, Zenit were forced to see out the final few minutes a man down after Criscito was shown a second yellow card, and they paid dearly when Gaitan's free-kick was headed home by Jonas in the first minute of stoppage time.

Comments
Topics mentioned in this article
Jonas Benfica Zenit St. Petersburg Football
Get the latest updates on ICC Women's Cricket World Cup 2022 and IPL 2022, check out the Schedule , Live Score and IPL Points Table. Like us on Facebook or follow us on Twitter for more sports updates. You can also download the NDTV Cricket app for Android or iOS.