Champions League is scheduled for a unique "final eight" straight knockout tournament, to be played in Lisbon. 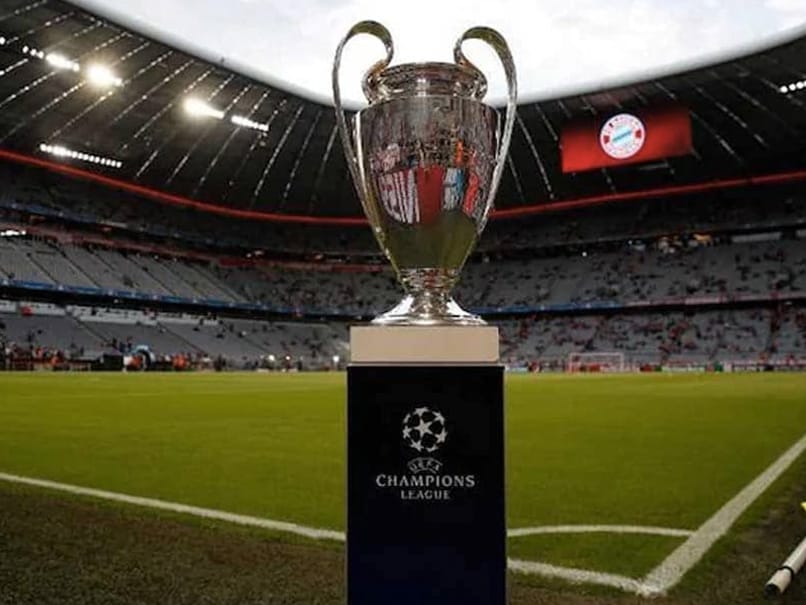 Champions League final will be played at Benfica's Estadio da Luz on August 23 in Lisbon..© AFP

Four months on from the last match in this season's Champions League, the draw for the final eight will be held on Friday amid ongoing uncertainty about how safe it will be to play out the competition in Lisbon as planned, and with four last-16 ties still to be completed. It was on March 11 that Paris Saint-Germain beat Borussia Dortmund 2-0 behind closed doors to qualify for the quarter-finals for the first time in four years and their players celebrated wildly with jubilant supporters who had gathered outside the Parc des Princes.

The same night, holders Liverpool were knocked out by Atletico Madrid in front of 52,000 fans at Anfield, a mass gathering which British scientists later said had aided the acceleration of the coronavirus pandemic.

Within days football across Europe was suspended and it was only in mid-June that UEFA was able to unveil a way of finishing its flagship tournament, the main economic driver for European football's governing body -- before the pandemic, it estimated gross commercial revenue from its competitions this season would be 3.25 billion euros ($3.69bn).

And so the plan is to go to the Portuguese capital for a unique "final eight" straight knockout tournament from the quarter-finals onwards, starting on August 12 and finishing with the final at Benfica's Estadio da Luz on August 23.

It will share the quarter-final and semi-final matches with the Estadio Jose Alvalade, Sporting's home just along Lisbon's Segunda Circular ring road.

Benfica's home staged the Champions League final in 2014 when Real Madrid beat Atletico. Then it was filled to its 65,000 capacity, but this time it is expected all matches will be played behind closed doors due to fears an influx of supporters from around Europe could spark a new wave of COVID-19.

Indeed, the biggest concern right now is Lisbon itself.

Last week lockdown restrictions were reimposed on 19 neighbourhoods across the northern periphery of Lisbon, worryingly close to both venues. The restrictions concern some 700,000 people and will remain in place for at least a fortnight.

Portugal, a country of 10 million, is currently registering over 300 cases of coronavirus a day. Three-quarters of the 443 new cases registered on Wednesday came in the Lisbon area.

That raises questions about whether the final eight will happen as planned, although UEFA president Aleksander Ceferin has remained outwardly bullish.

"I am confident that with the continued and constant collaboration between all stakeholders, we will conclude the season in a positive way in Lisbon. There is no need for a Plan B," Ceferin said last week.

UEFA plans to complete the Europa League with an identical format, a final eight in Germany, with the final due to go ahead in Cologne on August 21.

The draws for the quarter-finals and semi-finals of both competitions will be held on Friday, from 1000 GMT. However, before getting that far in either competition, there are a host of last-16 ties to be completed.

In the Europa League last 16, only six of the eight first-leg matches were played in March.

In the Champions League, Atalanta and RB Leipzig are through to the last eight along with PSG and Atletico. The remaining last 16, second legs will see Juventus face Lyon, Manchester City take on Madrid, Bayern Munich face Chelsea and Barcelona meet Napoli.

UEFA has kept open the idea of also moving those games to Portugal if necessary, to the northern cities of Porto and Guimaraes.

While some of the continent's behemoths still hope to book their spots in Portugal, Atletico and PSG might see the unique format as an ideal opportunity for European glory.

"We are capable of winning this competition, just like the other seven teams will be. I am convinced that we will be a strong proposition," said the PSG coach Thomas Tuchel.

Underdogs Atalanta, from the northern Italian city of Bergamo devastated by the pandemic, are dreaming of going all the way.

The same can be said of RB Leipzig, although they will have to do without star striker Timo Werner after he was sold to Chelsea.

Paris SG Football
Get the latest updates on T20 World Cup, check out the T20 World Cup Schedule and Live Score . Like us on Facebook or follow us on Twitter for more sports updates. You can also download the NDTV Cricket app for Android or iOS.