De Rossi suffered the calf injury in Roma's 2-0 win over Cagliari at the weekend, forcing his departure in the 81st minute. 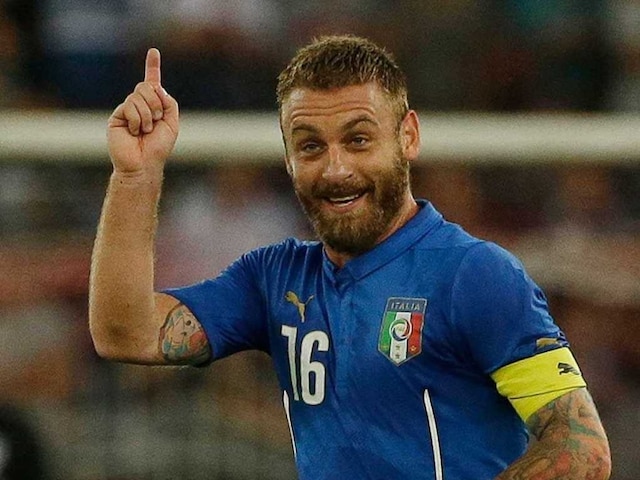 De Rossi suffered the calf injury in Roma's 2-0 win over Cagliari, forcing his departure in the 81st minute.© AP
Milan:

Roma midfielder Daniele De Rossi could miss the Serie A side's Champions League trip to Manchester City after the Italian club confirmed he has suffered a lesion to his left soleus muscle.

De Rossi suffered the calf injury in Roma's 2-0 win over Cagliari at the weekend, forcing his departure in the 81st minute.

Considered one of Roma's most influential midfield players, the Italy international is now considered a major doubt for next week's Group E clash with City at the Etihad Stadium.

"He has already begun treatment on the injury."

Roma, who began their Champions League campaign with a 5-1 win over CSKA Moscow, sit top of the Italian top flight thanks to superior goals difference on Juventus ahead of a round of midweek fixtures.

Comments
Topics mentioned in this article
Daniele De Rossi Roma Manchester City Football
Get the latest Cricket news, check out the India cricket schedule, Cricket live score . Like us on Facebook or follow us on Twitter for more sports updates. You can also download the NDTV Cricket app for Android or iOS.