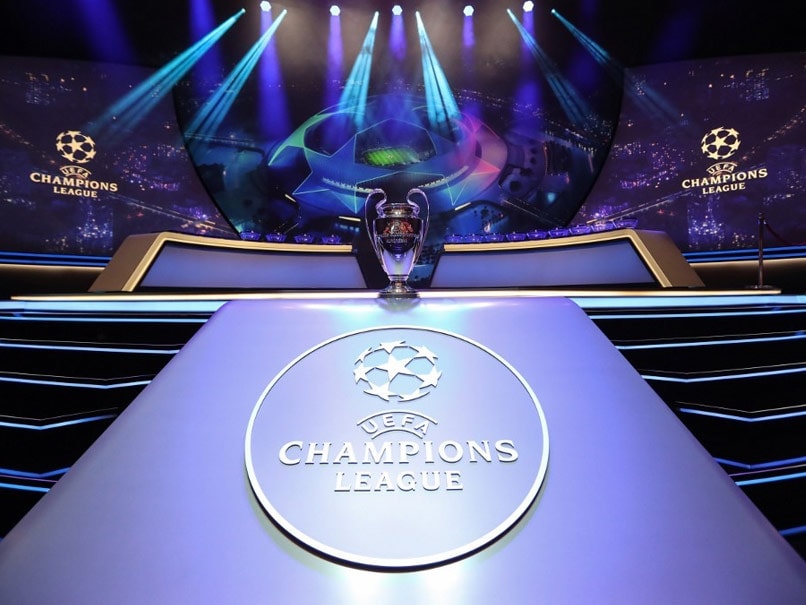 Thursday's draw is part of a ceremony which will also see the best men's player of last season crowned.© AFP

Less than six weeks Bayern Munich won last season's delayed final behind closed doors, the draw for the group stage of the next Champions League takes place on Thursday with the threat of the coronavirus pandemic again hanging over the competition. Bayern were crowned European champions for the sixth time after beating Paris Saint-Germain at an empty Estadio da Luz in Lisbon in August. The surreal occasion represented a triumph of sorts for UEFA. European football's governing body succeeded in playing its flagship competition to a conclusion despite the long shutdown caused by the health crisis, but the final rounds were not the same as with packed stadiums.

"A game like this without supporters is not the football that we know," lamented Bayern coach Hansi Flick. "Perhaps they can be back again in the future."

Thursday's draw is part of a ceremony which will also see the best men's and women's player of last season crowned.

It is further evidence that, after the battle to get last season finished, things are not about to return to normal in Europe yet, and virus cases are exploding again.

But this time the football, it seems, will go on.

Both Bayern and PSG will be in the first pot of seeds along with Liverpool, Real Madrid, Juventus, Porto, Zenit Saint-Petersburg and Sevilla, the Europa League winners.

There is the prospect of plenty of enticing match-ups, with Barcelona, Atletico Madrid, Chelsea, Borussia Dortmund and both Manchester clubs all in the second pot, and Inter Milan, Atalanta, RB Leipzig and Marseille among the lower seeds.

But the excitement of the draw will be quickly tempered.

First, there is the realisation that almost all the leading clubs will make it through to the last 16 anyway, as they always do, removing much of the jeopardy from the early games.

As the pandemic continues to cast a shadow, it seems hard to imagine the final going ahead as scheduled in Istanbul next May in a full stadium.

UEFA experimented with the return of fans when around 15,500 attended last week's Super Cup between Bayern and Sevilla in Budapest.

"Health is the number one priority but we want to bring hope," said UEFA president Aleksander Ceferin. He added: "Fans and players are the essential part of football."

But with rules on large gatherings varying considerably from country to country, UEFA must decide how to approach the issue of crowds attending games in the Champions League and Europa League, the draw for which is on Friday.

UEFA's current stance is that games will be behind closed doors "until further notice".

It has adapted its rules. In the face of travel restrictions, it will allow matches on neutral territory. If a club suffers a Covid-19 outbreak, a game can go ahead as long as each team has at least 13 fit players including one goalkeeper.

The group stage starts on October 20, more than a month later than usual, and all six rounds of games will be packed into eight weeks.

However, in the event of more delays, UEFA has set January 28 as the deadline to complete the group stage.

Pitfalls lie ahead, but the draw offers a brief return to something like normality.

Sevilla Football
Get the latest updates on IND vs NZ 2021, check out the Schedule and Live Score . Like us on Facebook or follow us on Twitter for more sports updates. You can also download the NDTV Cricket app for Android or iOS.