A year ago Arsenal lost their opening two Champions League group games before scraping through to the last 16 behind Bayern Munich, only to fall at that stage for the sixth year running 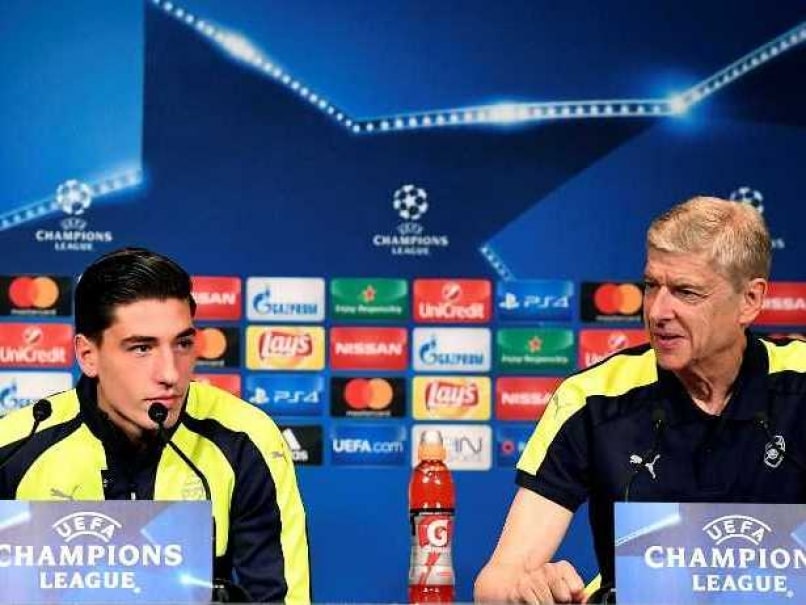 Arsene Wenger (R) and defender Hector Bellerin speak to the media ahead of Arsenal's Champions League opener vs PSG.© AFP

Arsene Wenger is looking for Arsenal to show greater consistency in the Champions League, starting with a positive result when they begin their campaign at Paris Saint-Germain on Tuesday.

A year ago the Gunners lost their opening two group games before scraping through to the last 16 behind Bayern Munich, only to fall at that stage for the sixth year running.

The key to returning to the latter stages is winning Group A to thereby set up an easier draw in the first knockout round, and so taking points off the French champions at the Parc des Princes could be crucial.

"Last year we had a bad start because we lost our first game at Dinamo Zagreb and after we had the hiccup at home against Olympiakos and Bayern was a bit more consistent," Wenger said at a press conference on Monday.

"What we need to do to win the group is make a good result here tomorrow."

The last time Arsenal won their Champions League group was in 2011/12, when they finished ahead of another French side in Marseille.

With Basel and Ludogorets Razgrad completing the Group A line-up, the Gunners and the French champions are expected to be fighting it out for first place.

While Wenger's side are fresh from back-to-back Premier League wins against Watford and Southampton, PSG have been in poor form under their new coach Unai Emery.

They followed a 3-1 defeat at Monaco before the recent international break by drawing 1-1 at home to Saint-Etienne on Friday, but Wenger remains wary of them.

"They are a bit like us with a number of players who came back a bit late (from summer holidays), so they have had to an extent the same problems as us," Wenger said.

"They were in the same hotel as us in Los Angeles when Thiago Silva got injured and he has still not come back, but I am not too worried for them because they have been well above the rest of the teams in their league in recent years and I expect to see a different PSG in the Champions League."

PSG's fourth consecutive elimination in the quarter-finals of this competition, to Manchester City, ultimately led to Laurent Blanc being sacked in the summer, with Emery replacing him.

But pressure is already building on the Spaniard after their slow start to the Ligue 1 campaign.

"I have come here with my experience and with a lot of demands. The demand on me is to win and that is no different to when I started out in Spain 12 years ago," said Emery.

The 44-year-old won the Europa League with Sevilla in each of the last three seasons but has no real track record in the Champions League.

"I accept my responsibility, but I need time. I am convinced we are going to improve and Tuesday is the first chance to show that. The most important thing is the team and I am happy with what I see," added Emery.

Paris have selection problems in defence with Layvin Kurzawa out injured and captain Silva not having featured this season due to fitness concerns of his own.

Meanwhile, Zlatan Ibrahimovic's departure does not diminish Paris as an attacking force in the eyes of Arsenal's Spanish full-back Hector Bellerin.

"They have lots of good players so I don't think it affects them at all," said Bellerin.

"They have a really strong front three at the moment and you know any player they have up front will be dangerous. We will approach the game in the same way as if he had been there."

Laurent Koscielny is expected to play for Arsenal despite taking a knock to the face in Saturday's last-gasp 2-1 win over Southampton.

Comments
Topics mentioned in this article
Arsenal Paris SG Laurent Koscielny Arsene Wenger Football
Get the latest updates on IPL Auction 2023 and check out  IPL 2023 and Live Cricket Score. Like us on Facebook or follow us on Twitter for more sports updates. You can also download the NDTV Cricket app for Android or iOS.