It was former Monaco striker Anthony Martial's first Champions League goal for his new club and fifth this season since a high-profile transfer from the Ligue 1 club. 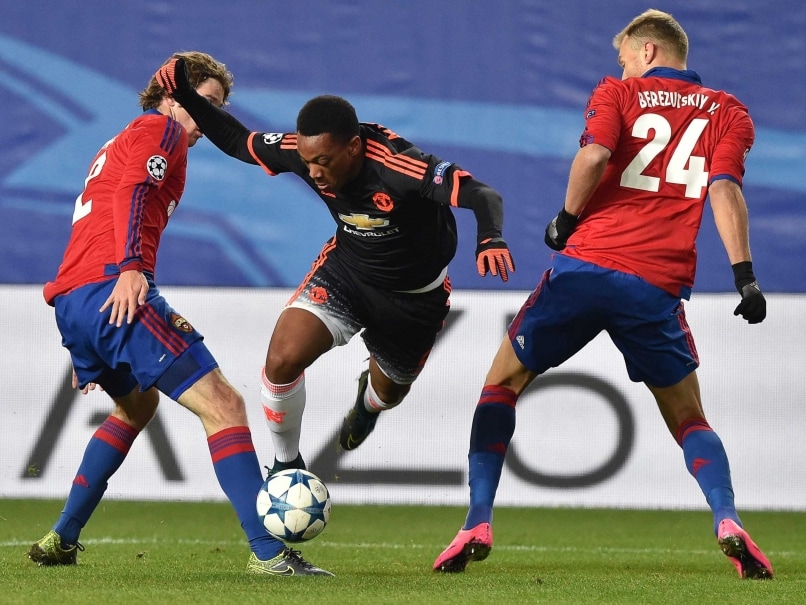 Bundesliga side Wolfsburg top the pool on six points, after defeating PSV Eindhoven 2-0, with United and CSKA on four and the Dutch champions bringing up the rear on three.

It was former Monaco striker Martial's first Champions League goal for his new club and fifth this season since a high-profile transfer from the Ligue 1 club on the brink of the transfer window closing at the end of August.

His goal also helped wipe out the misery of conceding the first half penalty which helped give CSKA the lead.

"Anthony Martial didn't let his head go down, which can happen after the penalty and he scored a great goal," said United's French midfielder Morgan Schneiderlin.

"We then pushed on and gave everything and couldn't get the second goal which was a shame."

CSKA took the lead on 15 minutes when Martial was called for a deliberate handball that led to a penalty.

Roman Eremenko attempted to beat United goalkeeper David de Gea to his right with the spot-kick, but the Spaniard parried the shot.

However, Ivory Coast international Seydou Doumbia charged in to plant the rebound into the goal for a 1-0 lead.

It was the 27-year-old striker's 25th goal in 33 Champions League matches as the on-loan marksman from AS Roma again delivered the goods on the continental stage.

United's Dutch manager Louis van Gaal would have been disappointed with the defending of his side in the opening 45 minutes and it took an inspired de Gea to keep the deficit down to one goal at the break.

United found life difficult trying to break down the solid resistance from the Russian champions and Wayne Rooney had slim pickings in the way of scoring chances.

United's record of winning only one of their last seven matches against Russian opposition prompted Van Gaal to bring on Belgian midfielder Marouane Fellaini at half-time for the ineffective Bastian Schweinsteiger and the Old Trafford giants upped the tempo.

However, the three-time European champions ran into stiff resistance from their hosts and a close-range header from Rooney on the hour was only their second attempt on target and comfortably saved by 'keeper Igor Akinfeev.

More chances followed for United as urgency crept into their play but Eremenko tested de Gea from inside the box to send out another warning.

But United made sure of a point in the 65th minute.

Antonio Valencia broke down the right before delivering the cross that 19-year-old Martial met with devastating effect to glance his header in off the post for a crucial point.

Comments
Topics mentioned in this article
Manchester United CSKA Moscow Football
Get the latest updates on IPL 2021, IPL Points Table , IPL Schedule 2021 , live score . Like us on Facebook or follow us on Twitter for more sports updates. You can also download the NDTV Cricket app for Android or iOS.