"We are well aware of the economic realities and are very willing to play our part in recognising them," Celtic manager Neil Lennon said. 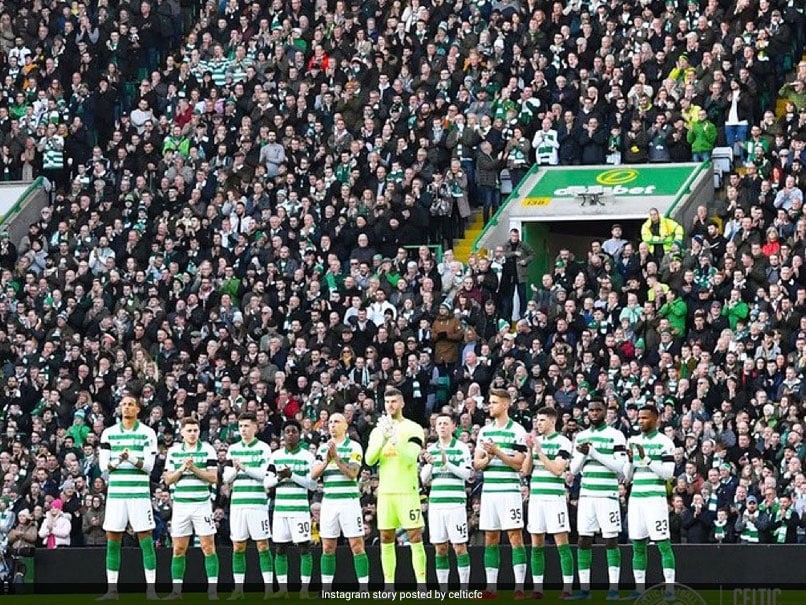 Celtic were 13 points clear on top of the Scottish Premiership when domestic football was postponed.© Instagram

Celtic players and coach Neil Lennon have taken a "significant reduction" in wages to help the club with the financial cost of the coronavirus, the Scottish champions announced on Friday. Lennon and the entire first-team squad, as well as several members of Celtic's backroom and executive staff, agreed the cut and to defer "a significant proportion of their earnings" between April and June. "I would like to pay tribute to Neil and the players for their desire to play their part," Celtic Chief Executive Peter Lawwell said in a statement.

"I am also grateful to my own executive team for the commitment they have devoted to this outcome in very difficult working circumstances."

Celtic, chasing a ninth successive league title, were 13 points clear at the top of the Scottish Premiership when domestic action was postponed.

The Hoops posted profits of 24 million pounds ($29.9 million) for the final six months of last year.

"We are well aware of the economic realities and are very willing to play our part in recognising them," Lennon said.

"We also know that many within society, including our own support, are facing distress and, in some cases, tragedy.

"Everyone at Celtic Football Club, including the players and my own backroom team, expresses our appreciation of the work being done by NHS staff, carers and all who are providing vital public services at this time."

Amid widespread criticism, the majority of England's Premier League clubs have so far been unable to agree wage cuts and deferrals despite talks involving the players' union.

Southampton became the first Premier League team whose players and staff agreed to defer part of their salaries this week.

Celtic Football
Get the latest updates on IPL Auction 2023 and check out  IPL 2023 and Live Cricket Score. Like us on Facebook or follow us on Twitter for more sports updates. You can also download the NDTV Cricket app for Android or iOS.