Werder Bremen grabbed a better start into the second half as Anthony Ujah tested Stuttgart's goalkeeper Przemyslaw Tyton in the 59th minute. As the match progressed, Stuttgart retracted allowing Bremen to level the scores through Ujah at the 71st minute. 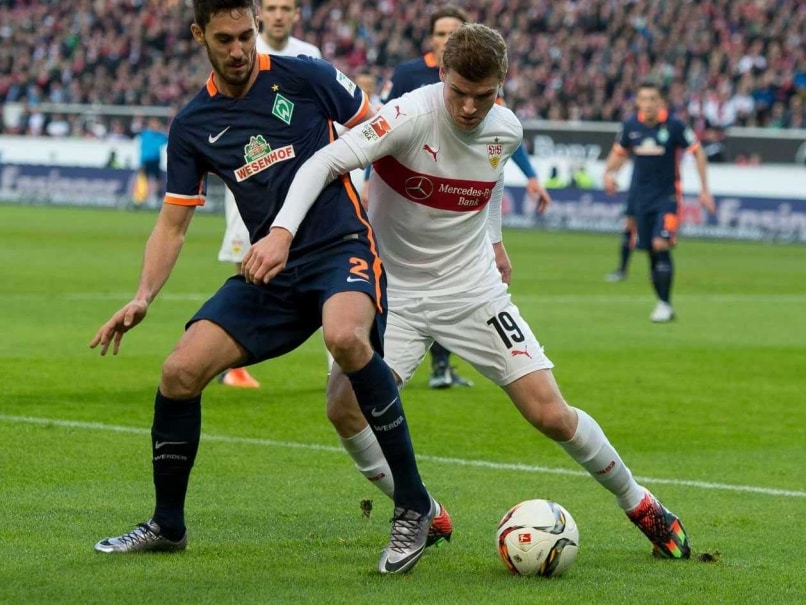 Bremen and Stuttgart shared the spoils after an evenly contested 90 minutes on Sunday, reports Xinhua.

Stuttgart were the more active team in the first half but Anthony Ujah's late goal cancelled out Lukas Rupp's opener. The share of the points is too little, as both sides keep caught in Bundesliga's bottom.

After a nervous start by both teams, Stuttgart broke the deadlock with 33 minutes into the game as Filip Kostic's cross into the box found Lukas Rupp, who slotted home into the roof of the net at the far post.

Bremen grabbed a better start into the second half as Anthony Ujah tested Stuttgart's goalkeeper Przemyslaw Tyton in the 59th minute. As the match progressed, Stuttgart retracted allowing Bremen to level the scores through Ujah at the 71st minute.

The striker benefited on a blocked shot on target to tap home from very close range, making it 1-1.

However, both sides had the chance to grab the win in the dying minutes of the game but Bremen's Levin Oeztunali rattled the woodwork while Stuttgart'ss Timo Werner failed to overcome custodian Felix Wiedwald from promising position.

With the result, Stuttgart wait for their first win since four games to remain on the second last position of the table. Bremen extended their winless streak to three games to stay in touching distance to a relegation play-off spot.

Elsewhere, newly promoted Darmstadt edged Frankfurt 1-0 to win the Hessian derby after 33 years. Darmstadt's team captain Aytac Sulu marked the only goal of the match by header following a free kick cross into the penalty area.

Comments
Topics mentioned in this article
Werder Bremen VfB Stuttgart Football
Get the latest updates on ICC T20 Worldcup 2022 and CWG 2022 check out the Schedule, Live Score and Medals Tally. Like us on Facebook or follow us on Twitter for more sports updates. You can also download the NDTV Cricket app for Android or iOS.