Bundesliga preview: No love lost as Boateng brothers square off in Bayern-Schalke tie

European champions Bayern will provide an acid test of Schalke's winning streak, but there promises to be fireworks when the Boateng brothers clash. "He is my brother, but there will be no love lost in the game," said Berlin-born Kevin-Prince Boateng. 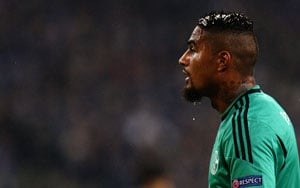 Schalke 04's Kevin-Prince Boateng has promised there will be no love lost when he comes up against his half-brother, Bayern Munich centre-back Jerome Boateng, in Saturday's Bundesliga clash.

Bayern, second in the table behind Borussia Dortmund, are at Gelsenkirchen's Veltins Arena to take on resurgent Schalke, who have won their last four games after a poor start.

Since his arrival from AC Milan last month, Kevin-Prince Boateng has helped lift Schalke up to ninth with the Ghana international adding some steel to their attacking midfield.

The 26-year-old scored the winner at Mainz last Saturday in a 1-0 victory and hit the second goal in Wednesday's 3-0 Champions League victory over Steaua Bucharest.

European champions Bayern will provide an acid test of Schalke's winning streak, but there promises to be fireworks when the Boateng brothers clash.

"He is my brother, but there will be no love lost in the game," said Berlin-born Kevin-Prince Boateng.

"I have already told him I would be disappointed if he didn't go at me 100 percent during the game. I will be doing the same." 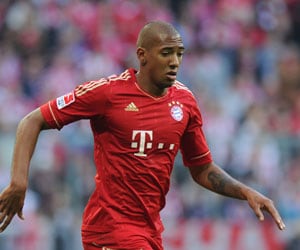 Bayern have dropped just two points from their first five Bundesliga games and opened the defence of their Champions League title on Tuesday with a 3-0 win at home to CSKA Moscow.

Jerome Boateng, 25, has said he will be hoping to leave Gelsenkirchen with three more league points and will not take a backward step against his sibling.

"I'll try and do that without bringing him down, but if there is no other way, I'll do it," said the Bayern star.

Bayern travel to north-west Germany from Bavaria as clear favourites, but Kevin-Prince is defiant.

"For the game in Schalke, anything is possible."

The last time the brothers played each other was the 2010 World Cup group stage match when Germany beat Ghana 1-0 in Johannesburg.

"It's a big thing for us that we can play against each other at such a high level," said Kevin-Prince.

Bayern will still be without several stars at Schalke.

Spain midfielder Javi Martinez missed training on Thursday and Friday for a dental operation, while Germany midfielder Mario Goetze is training after an ankle injury.

Both will miss the Schalke game, although vice-captain Bastian Schweinsteiger should feature having come on in the win over Moscow.

Schalke are still without Holland striker Klaas-Jan Huntelaar, who is recovering from a knee injury, with Hungary striker Adam Szalai deputising.

League leaders Dortmund head to Nuremberg looking to preserve their 100 percent record, and earn their sixth victory in the process, but centre-back Mats Hummels is rated highly doubtful.

The 24-year-old came off with a back injury in the 2-1 defeat at Napoli in Wednesday's Champions League defeat.

"I don't think it'll be ready in time," admitted Hummels.

Hamburg host Werder Bremen with caretaker coach Rodolfo Cardoso in charge after Torsten Fink was sacked in the wake of last Saturday's 6-2 drubbing at Dortmund.

Friday (all kicks-off 1330 GMT unless stated)