His three goals for Fluminense against Palmeiras has helped Fred recover from the shock of World Cup where the Brazilian national team crashed out due to shoddy football. 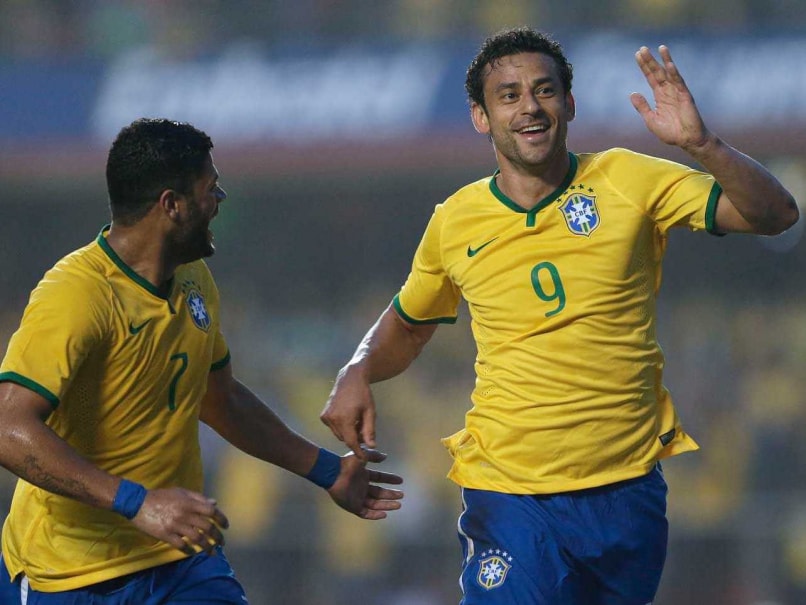 Former Brazil striker Fred has declared his World Cup nightmare over after scoring twice in Fluminense's 3-0 victory over Palmeiras.

"It's now in the past," Xinhua quoted Fred as saying after Saturday's match at the Maracana stadium.

The 30-year-old was the subject of widespread scorn in Brazil after scoring just once during the Selecao's disappointing World Cup campaign.

He announced his international retirement after the hosts' humiliating 1-7 semifinal loss to Germany July 8.

"The responsibility (on me) during the World Cup was huge and unfortunately things didn't turn out."

He denied being affected by the constant jeering at Brazilian venues since the World Cup.

"That has motivated me," he said. "It's great to play in a stadium that is full. When I score it makes them think, 'He has scored again'."

"It's a part of football. I knew that it was going to be a long process. It was a heavy load to bear but I'm getting over it."

Fred netted twice in the first 35 minutes against Palmeiras before Argentine playmaker Dario Conca added a third for Fluminense just after the hour.

The victory lifted the Rio de Janeiro club to fourth in Brazil's Serie A standings with 35 points from 21 matches.

Comments
Topics mentioned in this article
Brazil Fred Football
Get the latest updates on Fifa Worldcup 2022 and check out  Fifa World Cup Schedule, Stats and Live Cricket Score. Like us on Facebook or follow us on Twitter for more sports updates. You can also download the NDTV Cricket app for Android or iOS.