Borussia Dortmund CEO Hans-Joachim Watzke backed the May resumption of the Bundesliga behind closed doors. 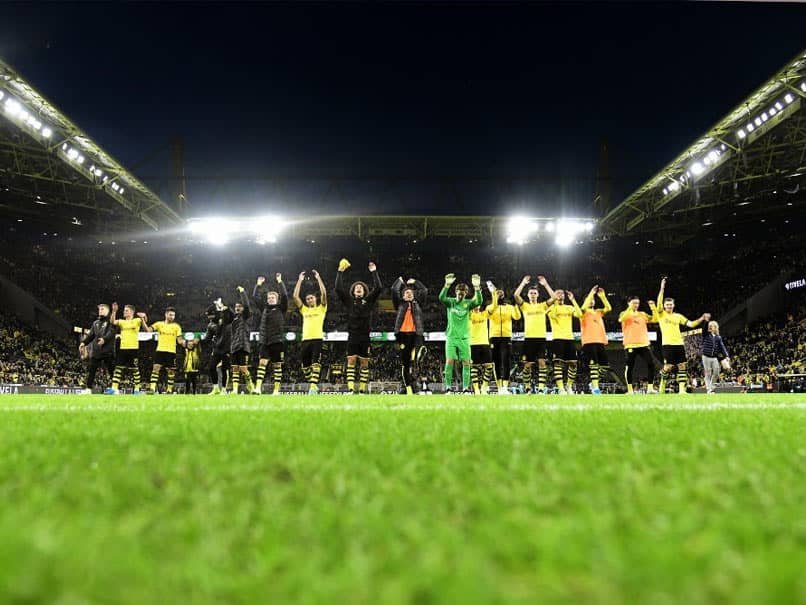 Borussia Dortmund are known for their passionate supporters.© AFP

In order to prevent coronavirus infection among players, Borussia Dortmund's chief executive officer Hans-Joachim Watzke said the club will ensure the "highest-possible degree of safety" for players after the resumption of Bundesliga. According to a statement released by the German government after Wednesday's meeting, Bundesliga can resume from the "second half of May", Goal.com reported. "Many industries are now slowly starting up again in compliance with strict rules, and this applies to professional football too. In this context, we at Borussia Dortmund are aware we have a great responsibility," Borussia Dortmund's official website quoted Watzke as saying.

"We will - in the knowledge there can be no guarantees - do everything in our power to ensure the highest possible degree of safety in order to prevent any new infections among the players and their families," he added.

Watzke further stated that pausing Bundesliga until spectators are allowed back into the stadiums will not be "economically viable" for the clubs.

"Having to play behind closed doors is an enormous challenge, especially for a club like BVB, which draws a lot of strength from the passion of its supporters. However, it would not have been economically viable for the clubs to allow the Bundesliga to pause until spectators were allowed back into the stadiums," Watzke said.

Borussia Dortmund Football
Get the latest updates on IPL 2020, check out the IPL Schedule for 2020 and Indian Premier League (IPL) Cricket live score . Like us on Facebook or follow us on Twitter for more sports updates. You can also download the NDTV Cricket app for Android or iOS.