The decision is set to be formally validated at a General Assembly on April 15, meaning that Club Brugge would be declared champions. 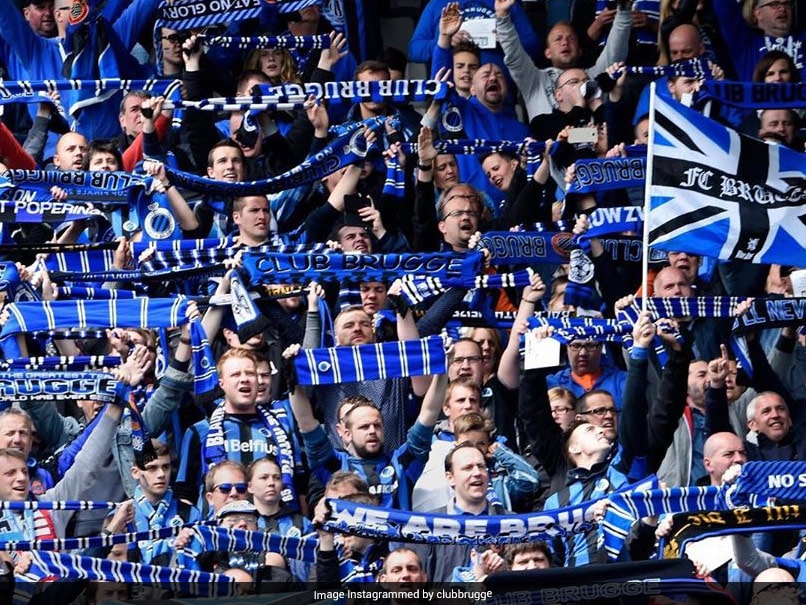 Club Brugge, who are 15 points clear of Gent at the top of the table, would be declared champions.© Instagram

The Belgian football league has recommended that the current season be declared finished early due to the coronavirus pandemicwith the present table accepted as final, it said on Thursday, becoming the first European league to take such a measure. The decision is set to be formally validated at a General Assembly on April 15, meaning that Club Brugge would be declared champions as they currently sit 15 points clear of Gent at the top of the table.

In a statement, the Belgian Pro League said it was "very unlikely" to be able to hold matches in front of crowds before June 30 and that it had "unanimously decided that it was not desirable...to continue the competition" after that date.

Matches behind closed doors were "theoretically possible", but the league said it preferred not to put more pressure on health services and police in the circumstances. It therefore agreed not to restart the season and "accept the current league table as final".

Belgium -- whose national team top the FIFA world rankings -- would become the first European league to take such a measure due to the ongoing health crisis, which saw football across the continent grind to a complete halt in the middle of March.

The number of deaths attributed to coronavirus in Belgium passed the 1,000 mark on Thursday, health officials said, with 15,348 officially recorded cases.

The country has imposed a similar national lockdown to those in its European neighbours, with restaurants, bars and non-essential firms shut, school suspended and public events banned. Per capita Belgium is among the worst hit countries in Europe.

Out of line with UEFA?

The Belgian season stopped with one round of games remaining in the 30-match regular season.

After that the league usually splits up, with the top six having their points totals halved and going on to play each other home and away to decide the title winners.

The move is seemingly out of line with European football's governing body UEFA, who have stated a determination to press on and finish this season's domestic and club competitions by June 30, but could opt to continue into July and August if necessary.

Ending the season now means that, as well as Club Brugge taking the title, Gent would go into the qualifying rounds for next season's Champions League.

Waasland-Beveren are bottom, but it remains to be seen how relegations, and promotions, would be determined.

"The question of relegations has not yet been resolved and will need to be looked at by the working group" set up on Thursday, a Pro League spokesperson told AFP.

The working group will examine "the sporting problems and financial implications of this decision", the spokesperson added. It must also decide whether it will still be possible for the Cup final between Club Brugge and Royal Antwerp to go ahead.

One of the main concerns for clubs around Europe is that many players' contracts expire on June 30, and it is not yet clear if it will be possible to extend those if the season is not completed by that date.

There have been calls in other countries for this season to be declared null and void, but any option which rules out completing this season could have serious consequences for leagues reliant on huge television deals and who could find themselves having to reimburse broadcasters if remaining matches are not played.

The Belgian league's own broadcast deal is far less lucrative than those of its larger European neighbours. According to Belgian media, the current contract due to expire this season is worth 82.5 million euros ($89.5m) per year.

Comments
Topics mentioned in this article
Club Brugge Football
Get the latest updates on IND vs NZ 2021, check out the Schedule and Live Score . Like us on Facebook or follow us on Twitter for more sports updates. You can also download the NDTV Cricket app for Android or iOS.