Dortmund said that Witsel had activated his release clause -- reported to be around 20 million euros (23 million US dollars). 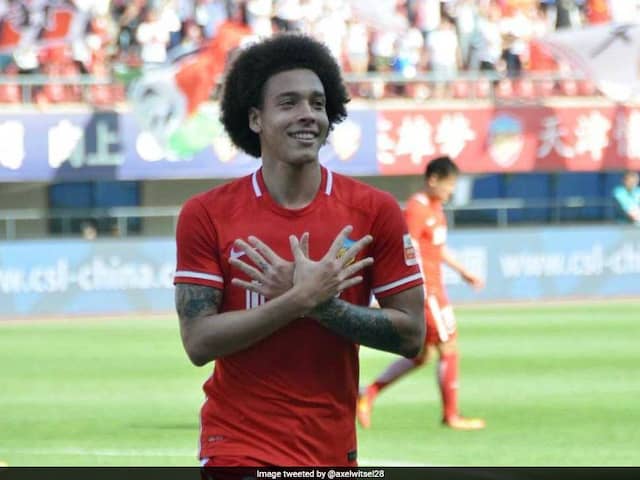 Belgian international midfielder Axel Witsel is "on the cusp" of joining Borussia Dortmund on a four-year deal, the Bundesliga club announced on Monday. The 29-year-old has been playing for Chinese side Tianjin Quanjian since January 2017, but his strong performances in Belgium's run to the World Cup semi-finals have paved the way for a return to Europe. "Borussia Dortmund are on the cusp of signing the Belgium national player Axel Witsel," the German giants said. "The World Cup bronze medallist joined up with the BVB team today (Monday)... with the group currently undertaking their summer training camp in Bad Ragaz (Switzerland)."

Dortmund said that Witsel had activated his release clause -- reported to be around 20 million euros (23 million US dollars) -- before the Chinese deadline day on Sunday, and that his move would be confirmed in the coming days.

The former Zenit St Petersburg star has scored nine goals in 96 international appearances, and played six times at the World Cup in Russia.

"After the World Cup, I was determined to transfer back to Europe," said Witsel.

"I am really happy and also proud that I will soon be able to play for BVB. I didn't have to think about it for very long after our first discussion because Borussia Dortmund is one of the best clubs on the continent in my opinion.

Dortmund have struggled to put any pressure on Bayern Munich in the Bundesliga in recent seasons, and only just snatched the fourth and final Champions League spot ahead of Bayer Leverkusen on goal difference last term.

Sporting director Michael Zorc hailed Witsel's arrival, saying, "Axel is a player of great international experience who brings all the qualities required to make a mark on the BVB midfield: tactical awareness, strength when challenging for the ball, pace, creativity, and mentality.

Borussia Dortmund Axel Witsel Football
Get the latest Cricket news, check out the India cricket schedule, Cricket live score . Like us on Facebook or follow us on Twitter for more sports updates. You can also download the NDTV Cricket app for Android or iOS.