Thomas Mueller's absence would be a huge blow to Bayern Munich's Club World Cup campaign, with Jerome Boateng having returned home to Germany for personal reasons. 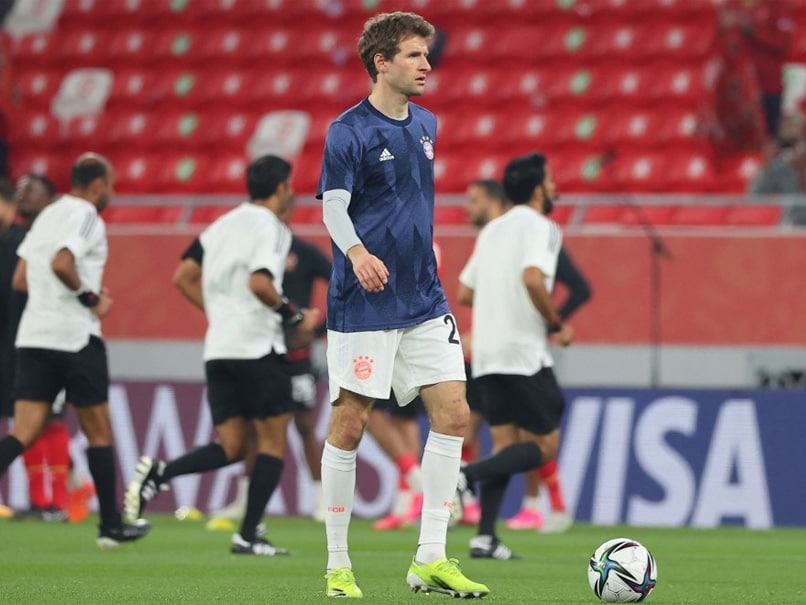 Bayern Munich forward Thomas Mueller is set to miss out on Thursday's Club World Cup final in Doha after testing positive for the coronavirus on Wednesday, according to German media reports. According to Sky Sports Germany and Bild newspaper, World Cup winner Mueller tested positive after Bayern's training session on Wednesday. A positive test would rule the veteran striker out of Thursday's clash with Mexican CONCACAF champions Tigres in the Qatari capital, in which European champions Bayern are aiming for a historic sixth title in 12 months.

Neither Bayern nor tournament organisers FIFA have yet confirmed the positive test.

Mueller would be the third Bayern player to contract the coronavirus in recent weeks, after positive tests for Javi Martinez and Leon Goretzka meant they were unable to travel with the rest of the squad to Qatar.

His absence would be the latest blow to Bayern's Club World Cup campaign, after Jerome Boateng returned home to Germany on Wednesday for personal reasons amid reports that his former girlfriend had died.

Thomas Muller Jerome Boateng Leon Goretzka Football
Get the latest updates on India vs South Africa and check out  Schedule, Results and Live Score. Like us on Facebook or follow us on Twitter for more sports updates. You can also download the NDTV Cricket app for Android or iOS.